25 NFL Coaches Who Were Fired Way Too Late 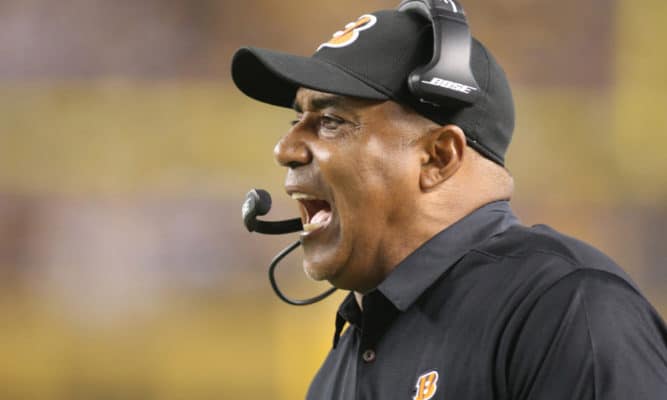 Being the head coach of an NFL franchise is by no means an easy task. There are many different factors and areas candidates need to consider. And even experienced coaches with a long history in the game struggle in the hot seat. Sometimes, those coaches endure for too long. Today we’re going to look at 25 who should have been fired earlier.

Some of these men endured horrendous spells in charge of their teams and it’s a miracle that they lasted as long as they did. Not for their suffering fans, though. However, there are also a few coaches who even won Super Bowls and hung around for a little bit too long.

There are two major points we can draw from this list. The first is that being a brilliant coordinator doesn’t mean you’ll be an equally great head coach. Also, the Redskins and the Raiders have really had some dire coaches, haven’t they?

Shurmur had one of the shortest tenures on this list when he took charge of the Cleveland Browns. He had built up a reputation as an offensive coordinator. This persuaded the Browns to take a chance on him, but little did they know just how bad things would turn out. In short, he was a total flop.

The Browns actually regressed in most departments after Shurmur took over. They went 4-12 in his first year but they didn’t fire him. Then in his second season, their record was almost as bad at 5-11. Enough was enough for the Browns who fired Shurmur and General Manager Tom Heckert Jr. In 2019, the New York Giants fired him after an equally mediocre turn of results.