30 NFL Coaches Who Ran Their Teams Into The Ground 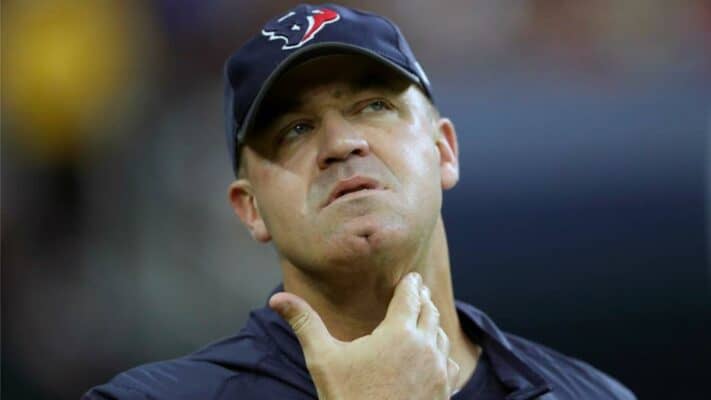 NFL head coaches have one of the toughest jobs in professional sports. First, they have to manage the egos of young, rich athletes and make them part of cohesive units. When things go well, fans hail them as heroes. But when they turn sour, everyone wants their heads.

Just because you’re a great college coach or specialist doesn’t mean you’re ready to become an NFL head coach. Others simply just don’t fit in at an individual franchise despite proven success elsewhere. Finally, you have the ones who stay too long and run their franchises into the ground.

We’re going to look at all of the above in some of the worst coaching reigns in NFL history. Check out 30 NFL coaches who ran their teams into the ground, via Medium.com

Quinn brought the Atlanta Falcons to the Super Bowl in 2016 but then blew the largest lead in SB history. The team has never recovered from that moment. Despite having some wonderful players on the roster, Quinn has repeatedly struggled to get the best out of them. They haven’t had a winning season since 2016 and it looks like Quinn is out of ideas.

At the start of 2020, Quinn proved that he just can’t coach a team through 60 minutes. They fell to four straight losses, which was unforgivable in a division with a revitalized Tampa Bay as well as the Saints. Overall, he can’t shake the weight of the failure that should have been his crowning glory. Now he just stares at the ground in dismay.