20 NFL Games Where Legends Got Destroyed 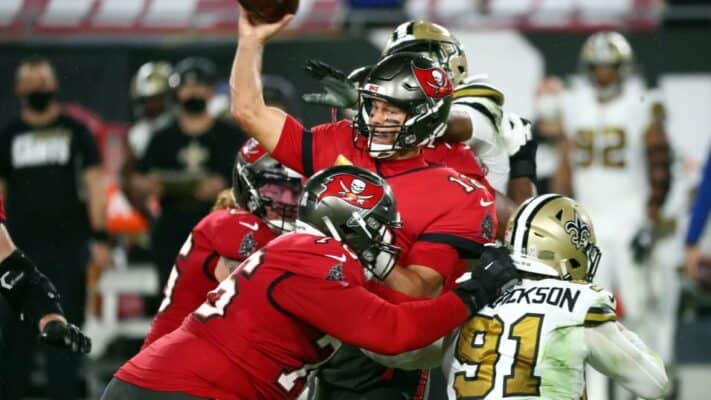 The NFL has undoubtedly produced many legends throughout the years. The superstar athletes have produced moments of joy and inspiration throughout glittering careers. However, everybody is capable of having a bad day, even legends of the game. It doesn’t matter how good you are, one day you will get old. Time is the enemy of all professional athletes.

Of course, it’s more noticeable when a quarterback plays badly because they orchestrate their team’s offense. When they’re out of sync, everything can and does go wrong, so this list is QB-heavy. However, other players also do appear because they failed to deliver in Super Bowls and other big games. So let’s take a look at 20 NFL games where these legends played incredibly badly and their opponents destroyed them. Check it out via BroBible below.

Kelly and his teammate Thurman Thomas (more on him later) were not up to their normal lofty standard in Super Bowl XXVI. Fans thought Kelly was the ace up their sleeves against the Washington Redskins. After all, he had produced the season of his life up until that point. But then he ran out of gas when it mattered most. The Washington Redskins shut down one of the Bills’ biggest legends.

Buffalo’s star quarterback completed just 28 of 58 passes as he chose a terrible time to lose his usually sniper-like accuracy. Furthermore, the Redskins sacked him five times and he threw four interceptions. This was costly because Washington returned two for touchdowns. He also fumbled the ball three times in one of the worst days of his otherwise successful career.