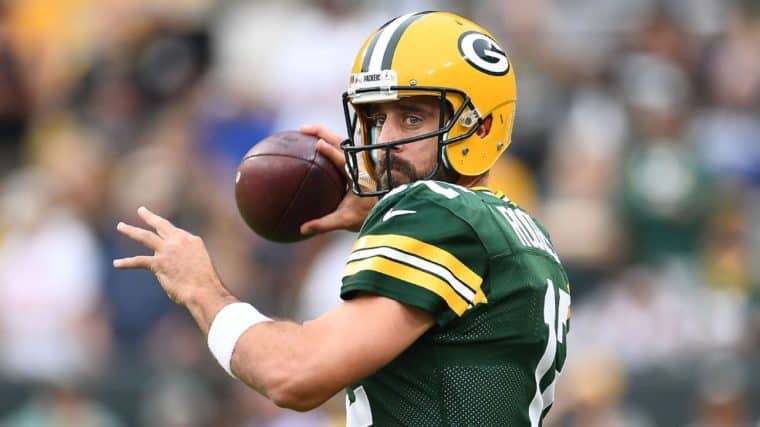 Many call Rodgers the most naturally talented quarterback to ever play the game of football. He fell in the draft way back in 2005, and he’s been playing with that chip on his shoulder ever since. The body of work he’s assembled is undoubtedly up there with the best of all-time.

Rodgers won Super Bowl XLV with the Packers. He was named that game’s MVP. Rodgers also owns two NFL MVP awards in 2011 and 2014, years where he made first-team All-Pro as well. He’s led the NFL in passer rating twice and passing touchdowns once. More importantly, he owns the NFL record for best career passer rating at 103.1 He also has the lowest interception percentage in NFL history and once went 402 passes without throwing one, another record. He has 42,944 passing yards for 338 touchdowns and a remarkably low 80 interceptions. Rodgers still has time left to play as well and could become the best ever. 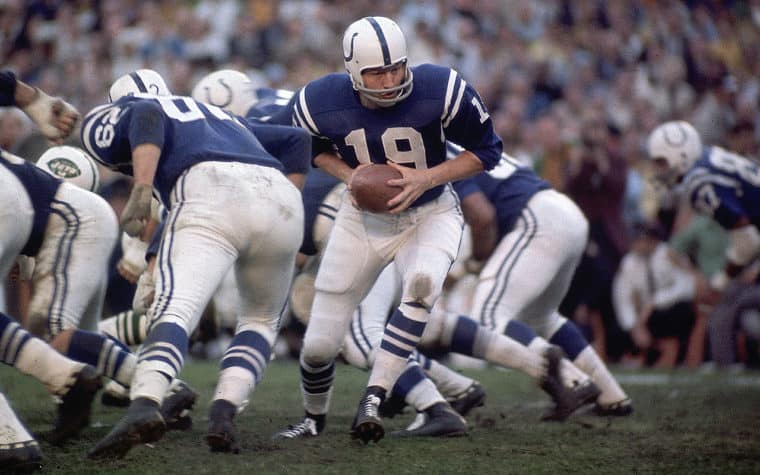 ‘Johnny U’ was long the standard for NFL QBs, and his resume reads like one of the best to ever play. He won a Super Bowl and three NFL championship with Baltimore. He made 10 Pro Bowls in that span and five First-team All-Pros, second all-time for the position. Unitas added three Second-team All-Pro selections and three NFL MVP awards.

He completed 2,830 out of 5,186 passes for 40,239 yards and 290 touchdowns with 253 interceptions. Unitas also led the NFL in passing yards and passing touchdowns four times each. One of the true greatest to ever play the game. 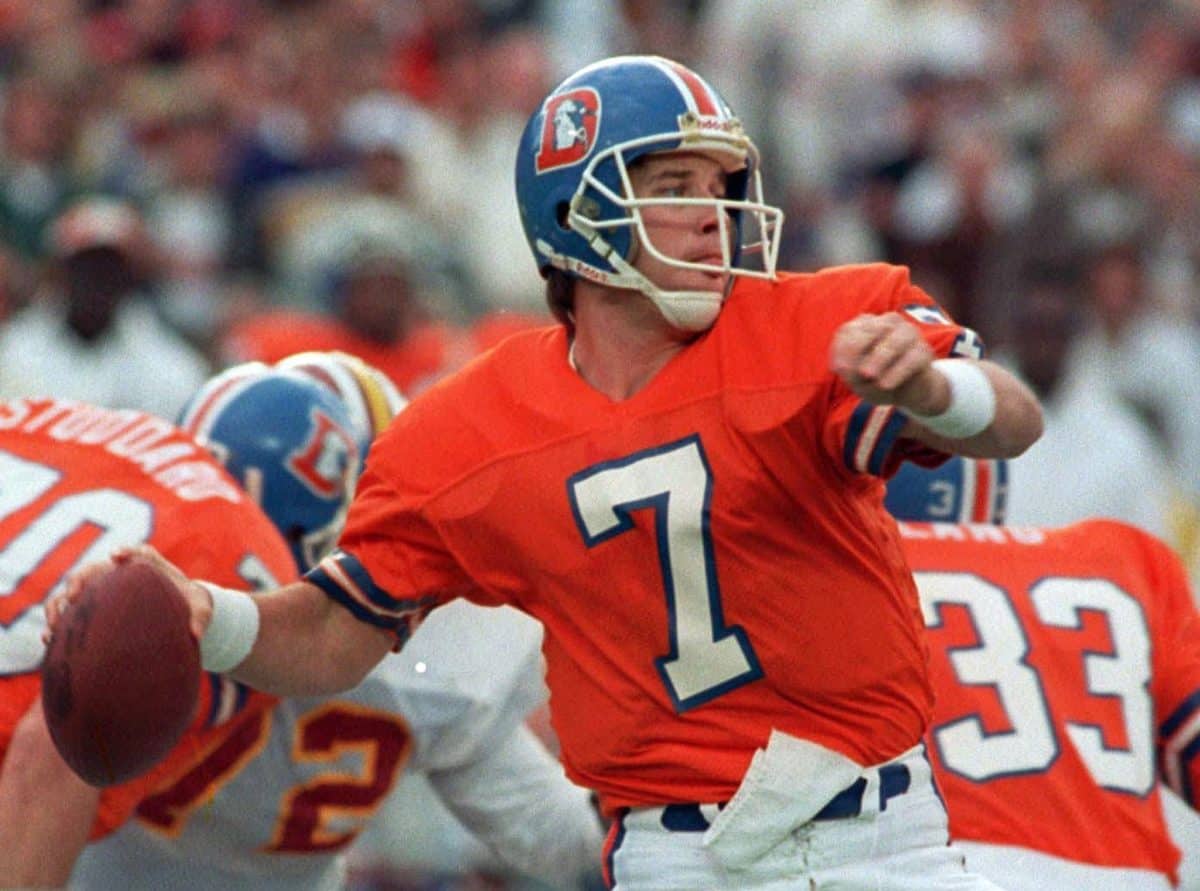 Elway was a quarterback who could do it all. He won two Super Bowls with the Denver Broncos after years of agonizing losses on the game’s highest stage. He also played his way to nine Pro Bowls and three All-Pro selections. Elway won the NFL MVP award in 1987 and led the league in passing yards in 1993.

Overall, he threw for 51,475 yards, 300 touchdowns, and 226 interceptions. He also added 3,407 rushing yards for another 33 touchdowns. When he retired, he was the only quarterback in NFL history to start five Super Bowls. 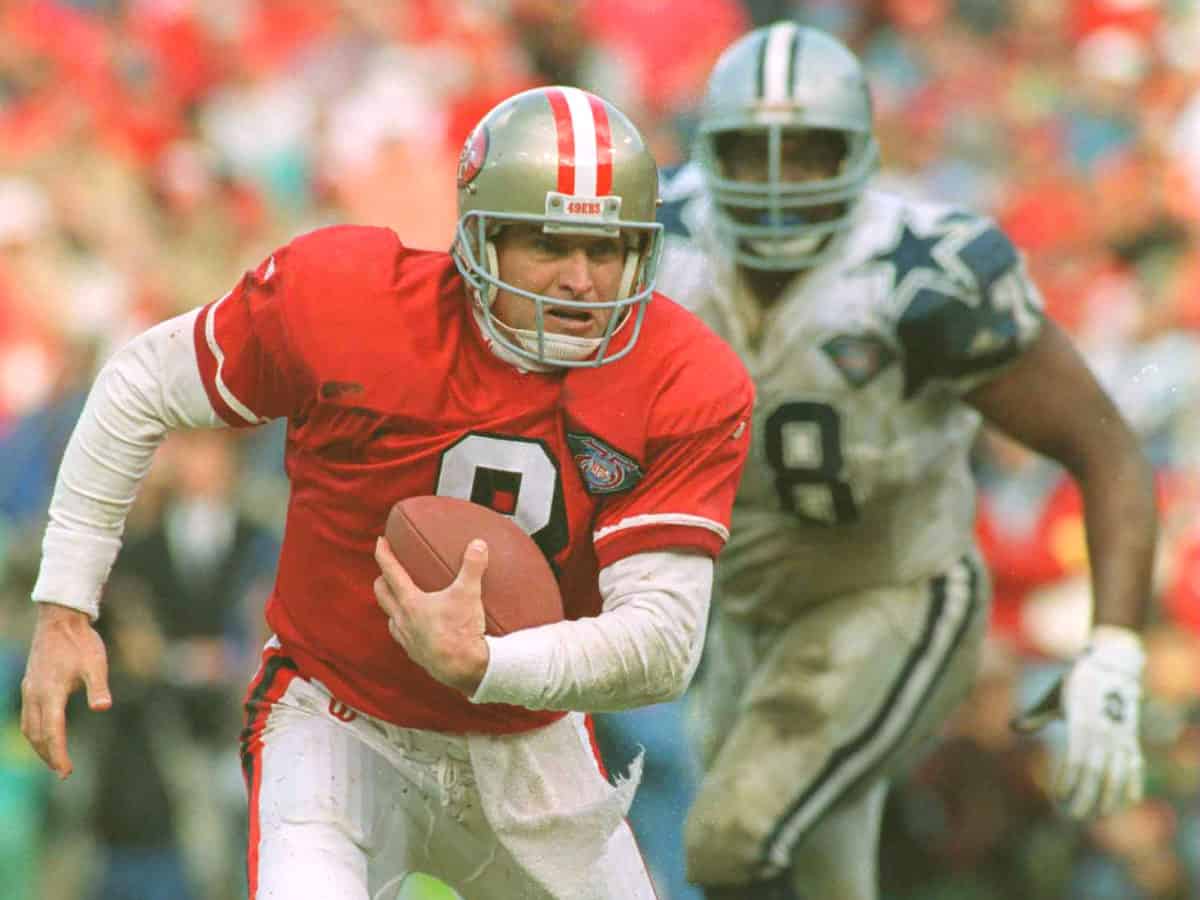 Young is often left in the shadow of fellow 49ers all-time legend Joe Montana. That’s a big shadow to stay behind, but the fact is that Young was one of the greatest NFL quarterbacks in his own right. He won a Super Bowl as the starting quarterback and the MVP award along with it. When he was finally able to step up when Montana left the Bay Area, Young showed his true skills.

He was named to the Pro Bowl seven times. He racked up three First-team All-Pro selections and three Second-team All-Pros. Young won two NFL MVP awards in 1992 and 1994. He led the NFL in passing TDs four times, passer rating six times, and completion percentage five times. Topping it off, he ran for 4,239 yards and 43 scores on the ground, proving he was one of the most well-rounded passers to ever play in the NFL. 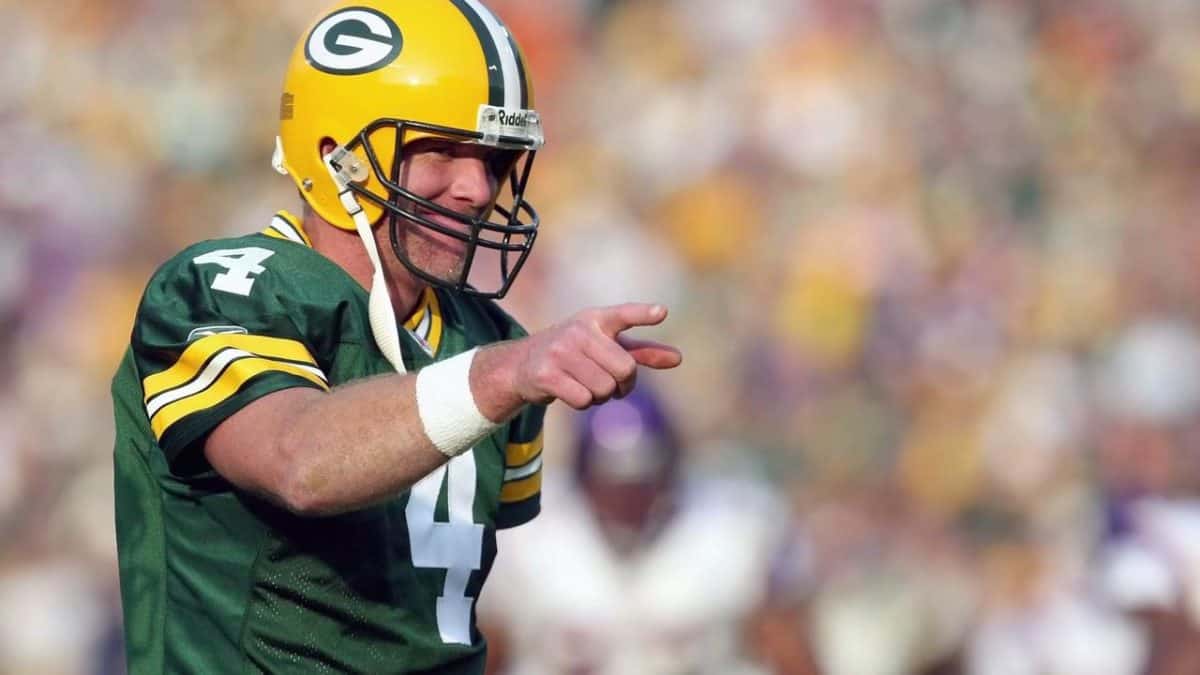 Favre was the gunslinger’s gunslinger. No quarterback loved to mix it up and fire the football as he did. While it often cost him, more often than not he won. Favre won Super Bowl XXXI with Green Bay. He was an unreal 11-time Pro Bowler and a three-time First-team All-Pro. Favre won three NFL MVP awards from 1995 to 1997 as well. Four times he led the NFL in passing touchdowns and twice he did in passing yards.

Proving his aggressive style, Favre completed 6,300 out of 10,169 passes for 71,838 yards, 508 touchdowns, and 336 interceptions. That is the record for the most pass attempts in NFL history. The ironman also has the record for most consecutive starts in league history with an unbelievable 297 straight games. 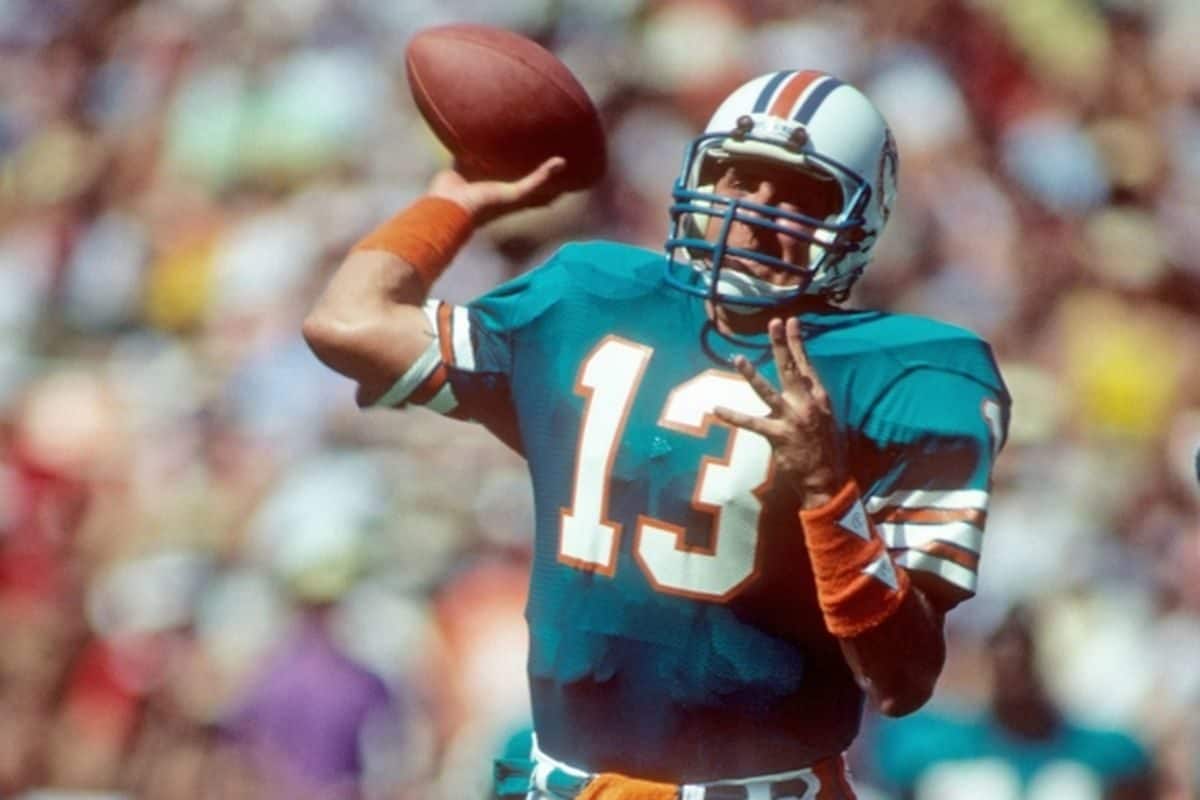 Marino may have been the greatest quarterback in NFL history if he had only won a Super Bowl. Instead, he’ll have to settle for a Hall of Fame career as one of the most prolific passers in NFL history. His list of accomplishments is unbelievable.

Marino was a nine-time Pro Bowler with three First-team All-Pro selections and four second-team selections, proving his consistency. He led the NFL in passing yards five times and passing touchdowns three times. Marino completed 4,967 out of 8,358 passes for 420 touchdowns and 252 interceptions and a passer rating of 86.4. Sadly, his Miami Dolphins team could never get over the hump and win a title. The only time he made it to the big game was after his record second season in 1984. Nevertheless, he’s one of the best signal callers to ever play in the NFL. 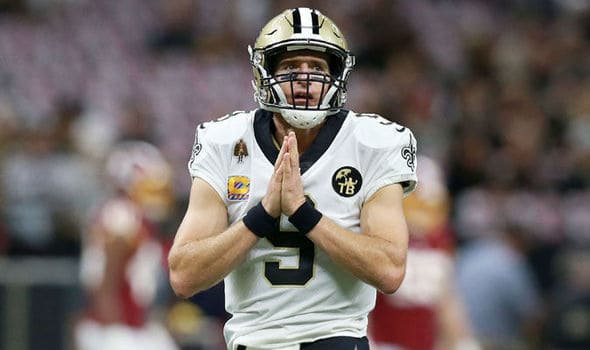 Brees may be overlooked as an all-time great these days. But he’s certainly among the top five best to ever do it, as he owns the NFL career records for pass completions, completion percentage, and passing yards. He is also second in career touchdown passes and third in regular-season career passer rating.

Brees has his Super Bowl trophy and Super Bowl MVP from New Orleans’ magical 2009 season. He is a 12-time Pro Bowler who has made five total All-Pro teams in his career. Brees has won two NFL Offensive Player of the Years awards, although an MVP award has eluded him. Regardless, he has led the NFL in passing touchdowns four times, passer rating twice, and completion percentage five times. Brees is still going strong at age 40 and could own many of the most revered passing records by the time he is done. Right now, he has 6,586 completions for 74,437 passing yards, 520 touchdowns, and 233 touchdowns. His career passer rating is 97.7. 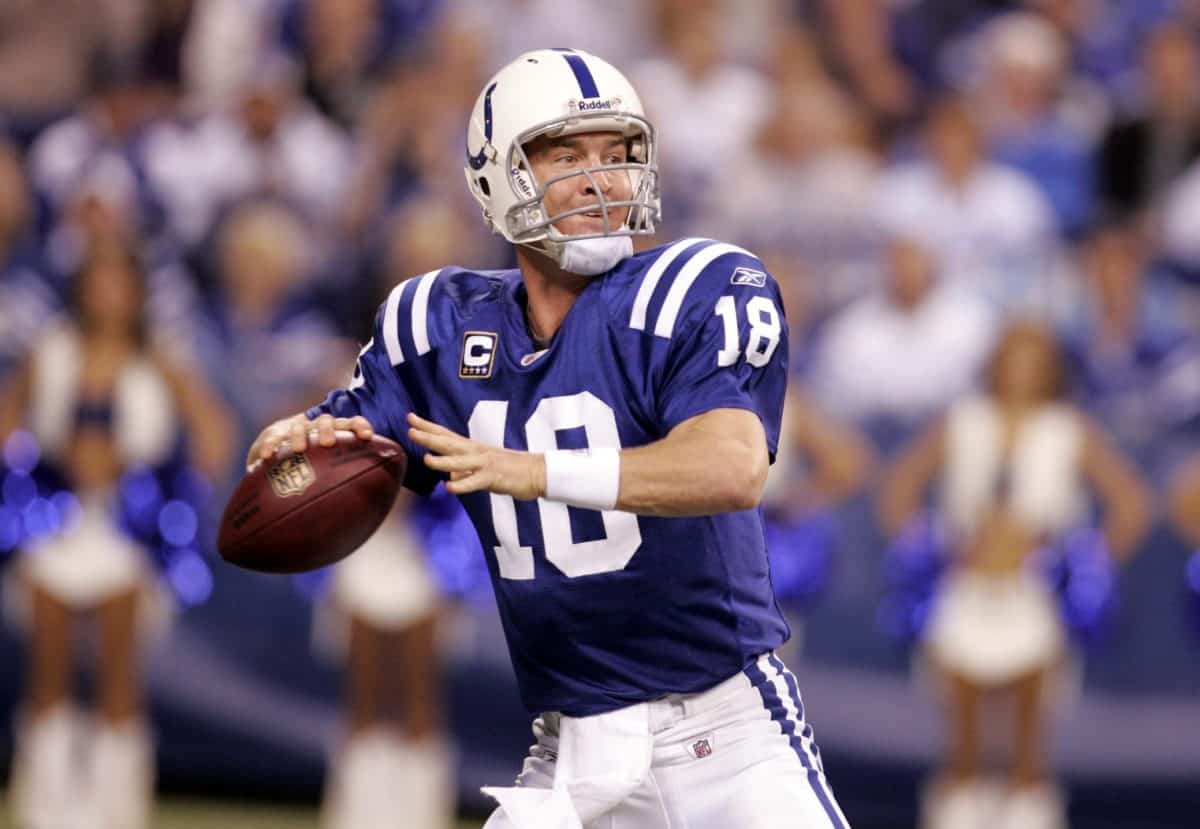 Manning is a historic, iconic figure whose career was just one long success story. His list of current NFL records is too long to list. A few of the highlights are the fact that he owns the NFL career record for passing touchdowns with 539. He holds the records for most passing touchdowns in a season with 55 and most passing yards in a season with 5,477. Manning has won the most NFL MVP awards ever with five. He’s also tied for the record for most First-team All-Pro selections at seven. Finally, Manning is also tied for the most Pro Bowl selections of all-time with a lofty 14. All told Manning has completed 6,125 passes for 71,940 yards with 539 touchdowns (a record) and 251 interceptions.

He won two Super Bowls, one with the Colts and one with the Broncos in his final year. The one criticism that always followed Manning around was that he failed to win in the postseason as he did in the regular season. But that doesn’t really matter now. He’s one of the top three quarterbacks to ever play in the NFL and his list of records proves that. 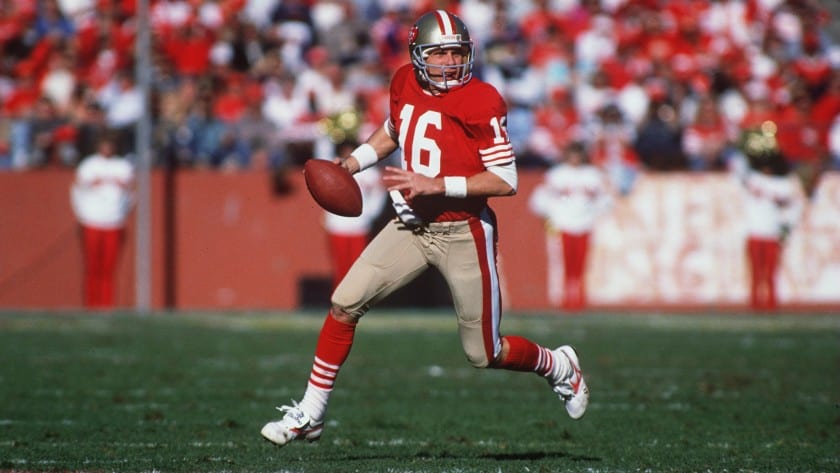 The aptly named “Joe Cool” was just that throughout his legendary NFL career. You could argue that Manning or Brees have far bigger stats and therefore deserve this spot on the list. But that’s just not true, as only one quarterback to be named later could win the Super Bowl as Montana could.

He’s a four-time Super Bowl champion who could deliver in the most clutch moments, evident by his three Super Bowl MVP awards in those four victories. He also made eight Pro Bowls and was selected to five total All-Pro teams throughout his career. Montana won two NFL MVP awards as well. He led the NFL in passer rating twice and passing touchdowns twice. No, 3,409 completions for 273 touchdowns and 139 interceptions don’t come even close to living up to the numbers of Manning and Brees.

But he also has as many Super Bowl MVP awards as they have Super Bowl victories combined. Yes, he was surrounded by a massive amount of talent in San Fran, but he won so many big games with his ice-cold play it just doesn’t matter. Unlike Aikman and Bradshaw, he was counted on to win playoff games with his arm alone. Montana delivered again and again on the biggest and brightest stages and is the second-best quarterbacks in NFL history due to that fact. 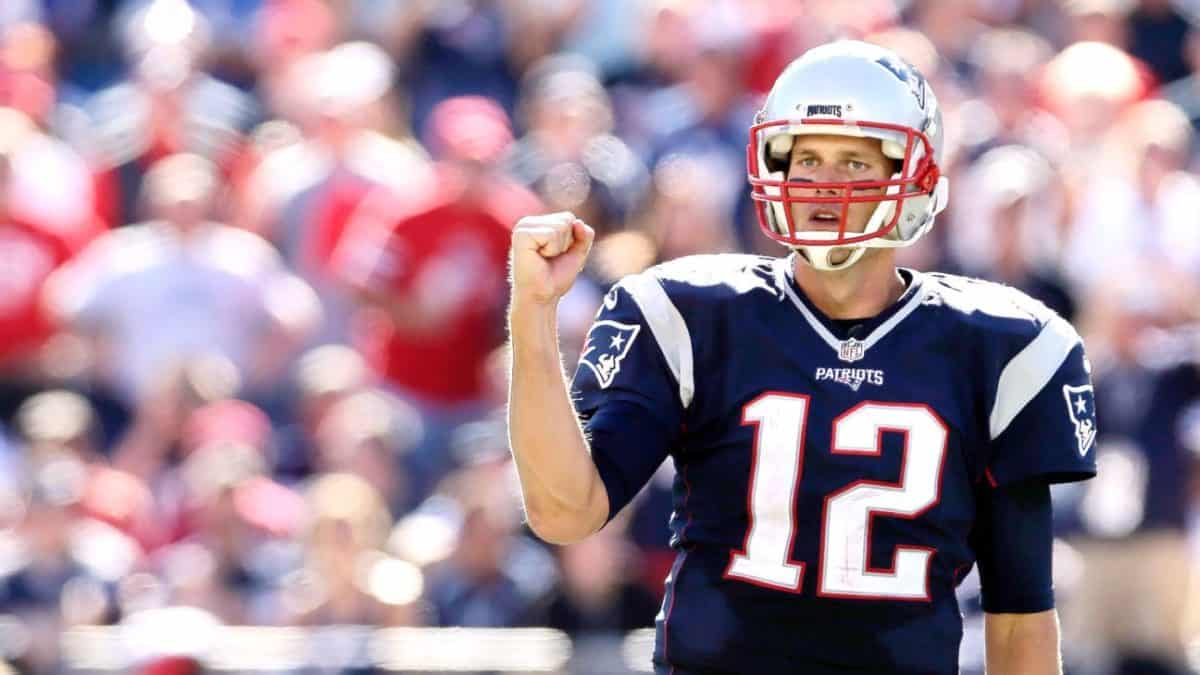