30 Scandalous Moments From The World Cup 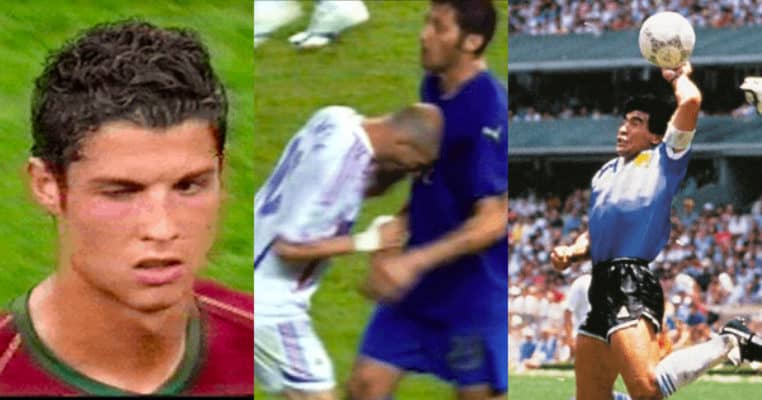 The World Cup is one of the biggest – if not the biggest – sporting events on the planet. Coming around every four years, it’s a festival for the nations that qualify, with fans gathering from all around the goal and soaking in the atmosphere. For some teams, taking apart is enough. Others are there to win.

However, over the years there have been loads of controversies for different things that have happened during, before and after the tournaments. There has been corruption at the highest level, shambolic meltdowns by teams, brutal tackles, insane officiating and even assassination.

Let’s take a look then at the 30 most controversial moments in the history of this amazing tournament.

The Battle of Nuremberg still holds the record for the dirtiest game of football played at a world cup. Portugal took on the Netherlands in a game of absolute filth in 2006. There were four red cards and sixteen yellow cards shown by the referee in of the quarterfinal game.

FIFA President Sepp Blatter later said that referee Valentin Ivanov should have shown himself a yellow card for losing control of the game. It was absolutely shambolic stuff as the game deteriorated to fouls and time-wasting.