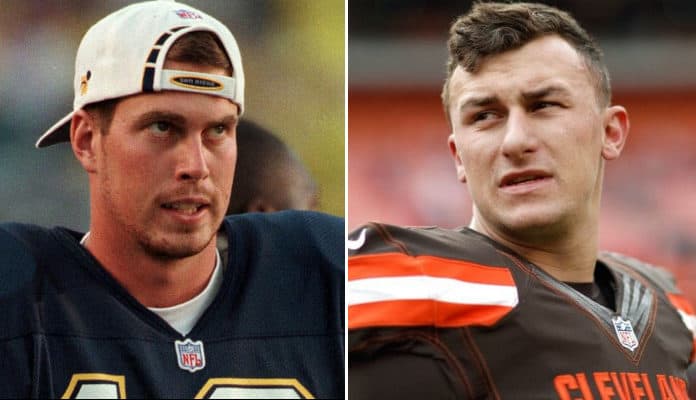 It may be one of the most anticipated major sporting events of the year, and it’s undoubtedly produced some of the biggest stars in the NFL both today and of all-time.

But the NFL draft is also a massive crapshoot, one where franchises potentially set themselves back years by going all-in on a player who doesn’t deliver. There have been some absolutely future-crushing picks in the draft through the years, and each team who made them paid the price dearly for their mistakes.

We broke down the most destructive of such instances. Here are the 32 worst NFL draft busts of all-time:

Couch kicks off our list of the biggest NFL draft busts because he is undoubtedly considered a massive bust. But it’s not all his fault, as the deck was stacked against him from the get-go. Drafted first overall in 1999 after the Browns’ three-year hiatus as a team, Couch was tasked with almost singlehandedly resurrecting a once-proud franchise as an expansion franchise. Quite the turn of events and they were not prepared to succeed in any way.

Problem was, he didn’t have the protection necessary to do that and became the victim of many injuries. So many, in fact, that his career was limited to only five seasons. While he did lead the Browns to an unlikely playoff push in 2002, he was never fully able to recreate the success he found during his record-setting career at Kentucky. We’ll never know if he could have due to the Browns’ inability to set him up for success.