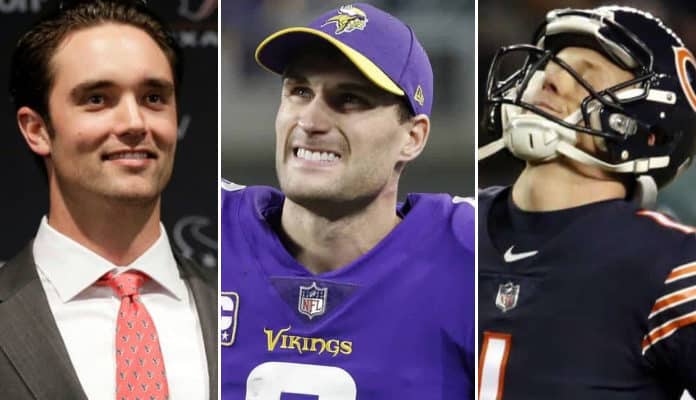 The free agency period of the NFL has quickly become one of the most awaited events of the sporting year. That’s no surprise, as it is the first major offseason action of a new football year. Fans anticipate their favorite teams’ moves with fervor in the hopes they will actually improve their overall records as a result.

While teams do often find difference-making players on the free agent market, it seems like more often we see high-priced players fail to live up to the almost unattainable hype attached to them due to their free agent contracts. It’s transpired time and time again in NFL history, even with major stars. Some free agent deals, new and old, have simply been franchise-decimating moves that have set teams back multiple years.

We took an in-depth look at the worst such instances in NFL history. Here are the 26 worst NFL free agent signings of all-time:

While it is easy to blame Parkey for the Bears’ playoff exit in 2018, his contract was already ridiculous in the first place. He was signed to a four-year contract with $9 million guaranteed that year. He went on to miss 11 kicks last fall and was released by the Bears in March 2019. Problem is, $3.5 million of that is still guaranteed for the 2019 season, meaning the Bears are still paying for the man who many believe cost them their season last winter.

Replays showed that Parkey’s kick was partially blocked, so it wasn’t totally his fault. But 11 missed kicks at that price just won’t cut it in the NFL. The Bears probably wish they’d have signed Parkey to a much more short-term deal, making him one of the worst free agent signings in the NFL.