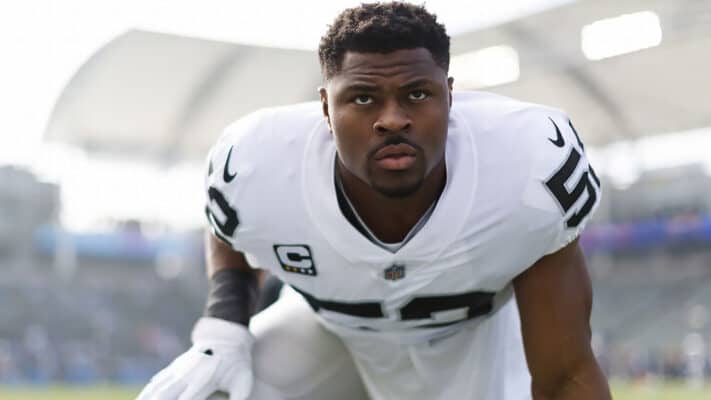 The National Football League (NFL) provides a large majority of the sporting excitement in America during the fall.

While the hard-hitting action on the field is the main focus, of course, the NFL also provides plenty of excitement off the field as well. Part of that comes in the form of trades. Often, teams in contention pay a king’s ransom to acquire a solid player from another team who may not be as close to a playoff spot. These trades frequently supply rebuilding teams with the draft picks they desire to eventually compete.

But as we’ve frequently seen, these trades are far from a guarantee for success in the NFL. Sometimes, players don’t play up to their expectations. Even more so, the draft picks they were traded for don’t pan out nearly as often as teams would like. Many NFL trades have blown up in the face of one – or even both – of the teams involved.

They can set franchises back multiple years. We decided to take a look at the worst such trades in NFL history. First off, we’ll start with a few recent trades that, on the surface, appear to be quite horrible. The jury is still out on them, however. Then we’ll move on to the trades that were so bad they’re etched into NFL history for their atrociousness. Here are the worst trades in NFL history, with data courtesy of The Sportster and Ranker:

This one may reek of recency bias. But on the surface, it’s a head-scratcher. The Miami Dolphins decided to send star defensive back Minkah Fitzpatrick to the Pittsburgh Steelers for a first-round pick (and a swap of lower picks). It’s clear that the Dolphins were tanking in 2019. They shipped off many of their best assets to stockpile picks for the future.

Pittsburgh, meanwhile, recently lost star quarterback Ben Roethlisberger for the season. Mason Rudolph will step in to replace him, but the team had better believe in him. They’ve spent several draft picks bolstering their secondary in recent years. While Fitzpatrick is a solid addition, the pick they sent to Miami could end being quite a high one if Rudolph doesn’t pan out. If he doesn’t, the Steelers could be wishing they saved that pick for their future signal-caller, and this could haunt them forever.