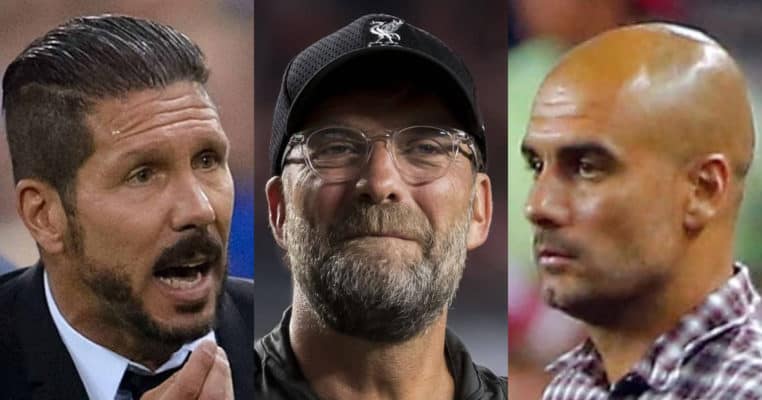 Football is a cutthroat business. It’s so tough to make it to the top and even tougher to stay there – especially if you’re a football manager. The average length of time spent at one club by a Premier League manager is 1.13 seasons, but there are some brilliant individuals who last longer.

If you want success you need two things: a system and stability. Managers bring that to the club. They’re responsible for bringing in the best players for the formation they want to play, getting them to understand how they fit into it, and bringing in trophies and glories.

Let’s take a look at the 30 best managers in the world today. We’re only looking at those who’ve had a major job in the last year, operating at the highest levels of the game. So with this in mind, check out the list below.

After guiding Young Boys to title success in Switzerland, Adi Hutter was identified as the man to bring Eintracht Frankfurt to the next level and boy, did he deliver. He focuses on attacking, inspiring football, placing massive demands on his players’ fitness. They might not have won anything but he definitely pleased the fans.

Frankfurt reached the semi-finals of the Europa League, going out on penalties to eventual winners Chelsea. Readers of German newspaper Bild voted the Austrian as the manager of the season. Definitely one of the most exciting coaches in the Bundesliga today.