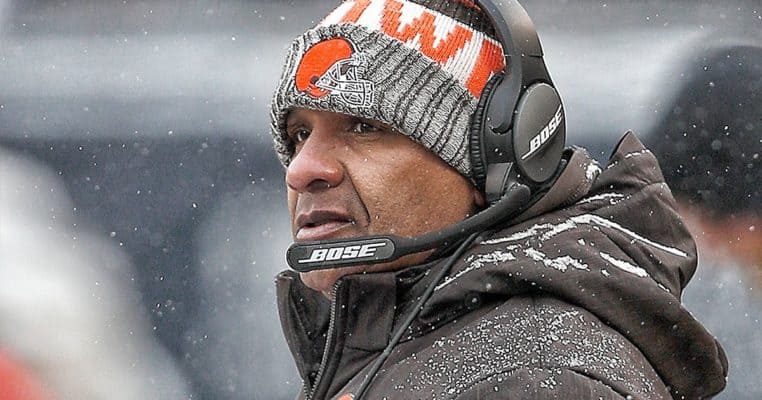 The NFL is notoriously a what-have-you-done-for-me-lately business. Coaches and players are churned out at the drop of a hat when their performance suffers. The success of seasons past carries little to no weight in the constantly evolving league. When the game moves so fast, coaches who can’t cut it are thrown by the wayside. Many came into their roles amidst much hype only to find they were in over their heads. Others were simply great as assistants, but couldn’t gain momentum when finally promoted to a primary role.

For every successful head coach in the NFL, there are several that got lost in the never-ending streak of those who got their shot and failed. In this list, we’ll break down those who failed the most miserably. All were successful at one juncture of their coaching careers, but head coach in the NFL just wasn’t their role. Read on to find out the worst head coaches in NFL history with data courtesy of New Arena.

Crennel has a long resume of success as a defensive coordinator in the NFL. The fact he’s maintained that important position for the Cleveland Browns, New England Patriots, Kansas City Chiefs, and Houston Texans is a testament to that. His success as a high-ranking assistant is taken a step further because of the five Super Bowl championship teams he’s been a part of.

However, like many coaches on this list, he just couldn’t cut the mustard when he was finally granted the chance to be a head coach. Crennel got his opportunity with the Browns and Chiefs, and the results were not pretty. He won only 28 out of 83 total games he coached in the NFL. He also never made the playoffs. Crennel currently serves as the assistant head coach and defensive coordinator for the Texans. It’s the role he’s best suited for.