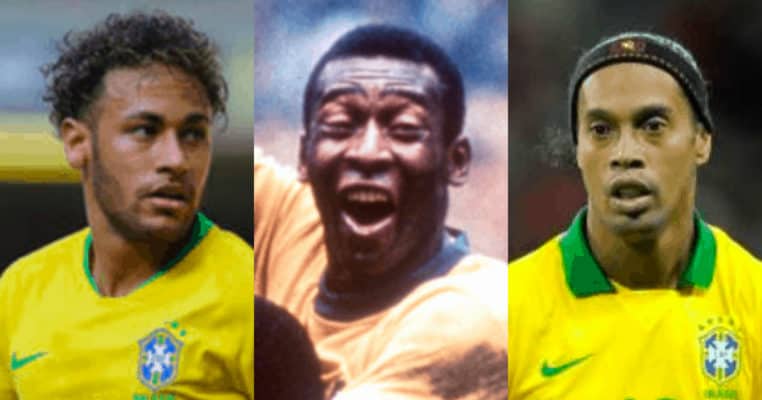 Brazil is the Most Successful Side in World Cup History… But Who Are the Best Brazilian Footballers of All Time?

Every major football side in the world has had a brilliant Brazilian play for them and most still do. PSG has Neymar, Barcelona has Phillipe Coutinho, Liverpool has Firmino and Manchester City has Gabriel Jesus. For decades, the Samba nation has been one of the world’s great football nations.

And our number one pick is controversial, we know. But we’re sticking with it. Check it out below.

Daniel Alves would be higher up this list if he had a World Cup win on his CV. Other than that elusive trophy he’s won pretty much everything else on offer in the game. He’s played for some of the biggest clubs in the world: Barcelona, Juventus and PSG. His move to Barcelona came with a period of some of the biggest sustained success in their history.

He’s won the league six times with Barcelona as well as three Champion’s Leagues. Then add in league titles with Juventus and PSG, as well as innumerable domestic cup wins and you can see why he is one of the most decorated Brazilian footballers ever.