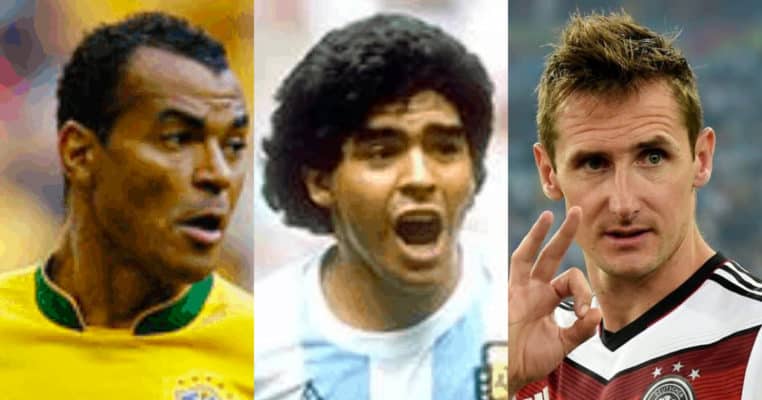 The World Cup is One of the Greatest Events in Global Sport… But Who Are the Players Who Have Made it so Special?

Since 1930 there have been 21 World Cups. The most prestigious competition in international football – or soccer – it’s produced so many glorious moments down through the years. Nothing galvanises a nation like your country’s team doing well and getting into the knockout stages of the tournament.

Only a few countries have won the World Cup, but realistically only a few countries are capable of winning it, unless there’s a major shock. Still, though, that doesn’t mean that individual players can’t be outstanding throughout the competition. So let’s take a look at the greatest World Cup players of all time.

We’re only talking about players who turned up and performed outstandingly during the World Cup. So the two greatest players of the modern era, Christiano Ronaldo and Lionel Messi, both miss out. Check out the list below! Enjoy

When you think of Argentinian players, it’s the likes of Diego Maradona and Lionel Messi that come to mind. Javier Mascherano is definitely not as glamorous as those legends, but he’s arguably the nation’s most important player of the 21st century. There’s a reason he’s been to four World Cups and earned a national record of 147 caps.

Mascherano played at the highest level for all of his career, including lengthy spells at Liverpool and Barcelona. Like a terrier, he’d grab the game by the scruff of the neck. A tough holding midfielder, his most iconic moment was an outrageously brilliant last-ditch sliding tackle against Germany in the 2014 World Cup final.