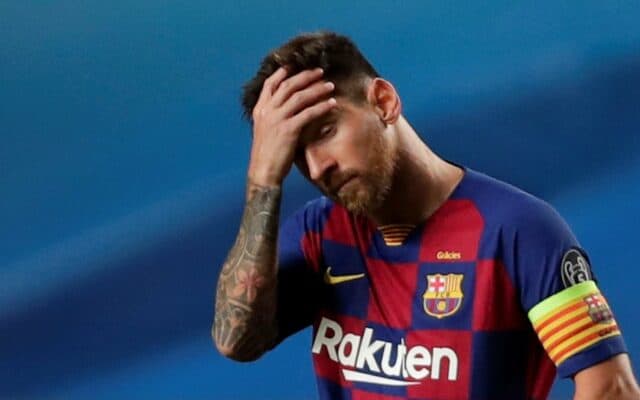 Lionel Messi is more than a soccer legend. He’s an icon. The Argentine forward is one of the greatest players to ever step onto a soccer field. Some even say he is the best ever. He’s also synonymous with longtime club Barcelona, but their relationship may finally be coming to an end.

After 10 La Ligas, four Champion’s League titles, and six Copa Del Reys, the six-time Ballon D’Or winner handed in a transfer request. After years of mismanagement and ineptitude, Barcelona may pay the price. Their hero, one of the powerhouses of world soccer, wants to leave. At least he says he does. Let’s take a look at 20 reasons why Messi wants to leave Barcelona, or at least force his club to take some progressive action. Check out the list below via AS.

First of all, Messi’s frustrations with Barcelona on and off the field are clear. It isn’t a single issue that has caused him to hand in a transfer request. Rather, it’s the slow build-up of gross incompetence off the field and poor results on the field. This is unforgivable for Messi.

As a result, he has taken out his fury in the most visible way. This transfer request stunned the world of soccer and shook Barca to its core. The club knows that they have a tiny window to try and avoid this mess from spilling over into something that they can’t control.  Losing the best player in history isn’t good for your image.