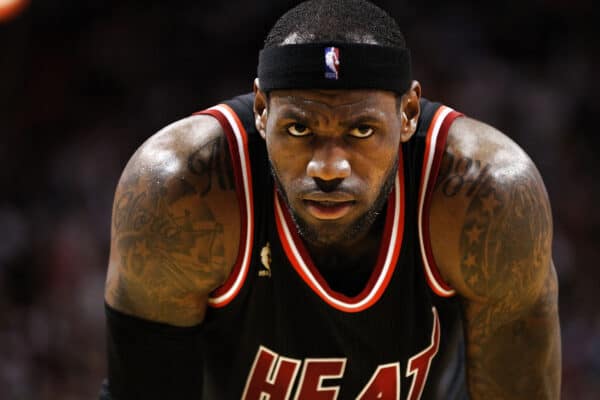 The NBA postseason is a great time for basketball fans because every game means something. Players have the opportunity to become a hero. However, there have also been many chokes in these high-pressure situations. This is what makes it so gripping to watch.

So today we’re going to look at some of the worst postseason performances in the modern NBA era. Ironically many of these players actually put in some of the best performances in playoff history. But it just goes to show that even the very best players are capable of having a bad day. Check out the 25 worst playoff chokes via Complex.

Back when then Pelicans were still the Hornets, Paul was the main man in New Orleans. He was disproportionately important to their team that when he didn’t perform, it was a disaster. Unfortunately, like every player, he was capable of a bad day.

The problem is when an important player chokes during the postseason. The Denver Nuggets battered the Hornets in Game Four of the Western Conference quarterfinals and Paul was ineffective. He contributed just four points and two assists in as anonymous a performance as you’ll ever see.