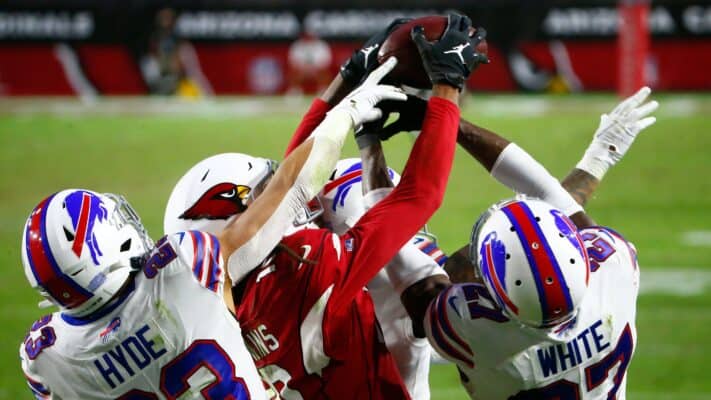 One of the most exciting aspects of football is the way a game can suddenly flip in the final moments. Nothing is more exciting than a late game-winning play. Teams may be ahead by a touchdown or find that they need to shut the opposition out for just a few seconds. But that’s not easy when you’re under the spotlight.

This is where elite quarterbacks truly come into their own. Proving they have the ability to make things happen with a crazy Hail Mary or an inventive play that totally stuns the defense is the stuff that makes real stars. But it’s not all about the QBs. Punters, receivers and running backs all produce moments of magic in every game from the regular season through to the Super Bowl. So today we’re going to take a look at 25 game-winning plays you have to see to believe. Some are beautiful, others were ugly, but they were all incredibly dramatic. Check out the list below via Seatgeek.com.

Let’s start this list off with a trip to Jacksonville, where the Jaguars stunned the Houston Texans in 2010. With his team trailing and needing to score, Jacksonville quarterback David Garrard chucked the ball up the field with all of his might. It wasn’t the greatest Hail Mary we’ve ever seen, but it ended with the right result. But it was not how you might imagine. The ball traveled 51 yards toward Texans’ safety Glover Quin.

Quin had the chance to guarantee victory for his team but instead, he cost the Texans the game. Instead of knocking the ball away to safety or catching it, he smacked it straight into the hands of Mike Thomas. The wide receiver was happy to retrieve the loose ball and scored the game-winning touchdown. It wasn’t the cleanest score on this list, but it was a very entertaining one.