25 Professional Athletes Who Were Arrested For Foolish Reasons 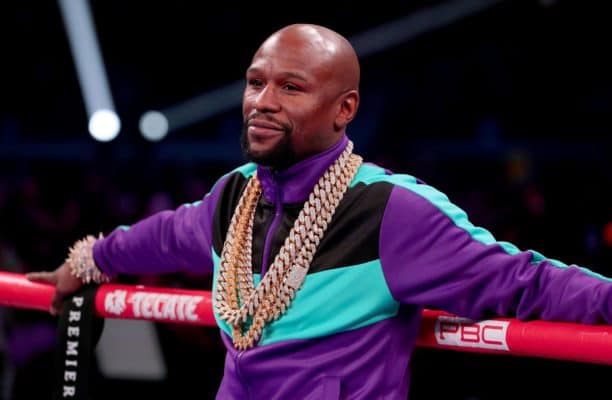 It’s easy to forget professional athletes are also human beings. Of course they possess incredible physical gifts, but this doesn’t necessarily translate to intelligence or common sense. In fact, many of them make incredibly foolish decisions which ultimately have severe consequences.

Despite what they might think, sports stars are not above the law. Many of them encounter the police at various points in their lives for dumb choices. Usually, arrests come when they make some kind of drunken mistake. But some people – like Adam ‘Pacman’ Jones – just act like morons. So today, we’re going to take a look at 30 times professional athletes were arrested for foolish reasons. Check out the list below via Maxim.

Mayweather is one of the richest athletes on the planet. For a long time, he sat on top of the Forbes’ Rich List. So you would think that he has the ability to buy almost everything that he could want. In fact, he could buy a new phone for every day of the year if he were so inclined. But in 2002, police arrested Mayweather for stealing his ex-girlfriend’s phone. Yes, really.

The Clark County Jail released him on $3,000 bail after charging him with grand larceny. There was also the fact that he allegedly hit his ex-girlfriend, Josie Harris, in front of their children. But the phone bit of this story is perhaps the most foolish thing we’ve ever heard about the man nicknamed ‘Money.’ The boxer’s lawyer claimed that Harris simply lost the phone and that Mayweather would replace it for her. Wasn’t that sweet?