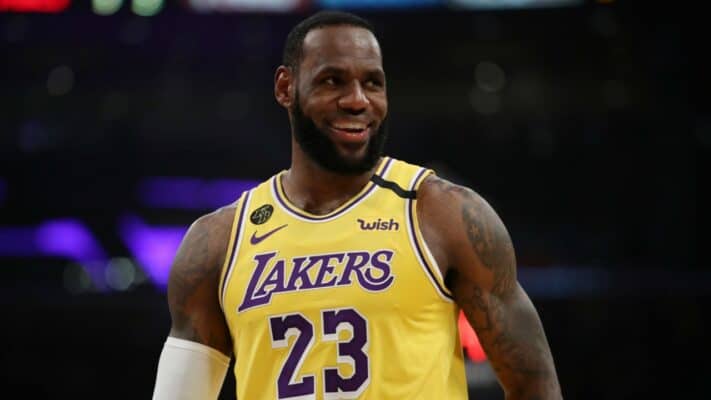 LeBron James is a generational talent. The ten-time NBA finalist does things that other players can’t imagine. James is without a doubt a legend. It’s really down to your personal opinion – whether or not you think he is better than Michael Jordan. But James has played on weaker teams than Jordan.

The Lakers’ star has put in some of the best performances in NBA Playoff and Finals history. His highlight reel is endless and he comes up clutch when it matters. There truly isn’t anybody out there like him right now and we just have to enjoy this magician while he keeps playing. So check out 20 of Lebron’s greatest moments in the NBA Playoffs and Finals below via Athlon Sports.

Anthony Davis stole the headlines in his first-ever NBA Finals appearance in 2020. After scoring 34 points, that was understandable. However, LeBron demonstrated his own class with a masterful performance as he orchestrated the Lakers’ attack against his old team.

This one was massive for LeBron because of the manner in which he left the Heat. Game One saw James score 25 points, with 13 rebounds, and nine rebounds. He just made everything look so simple and with Davis beside him, it was like a defining moment in NBA history.