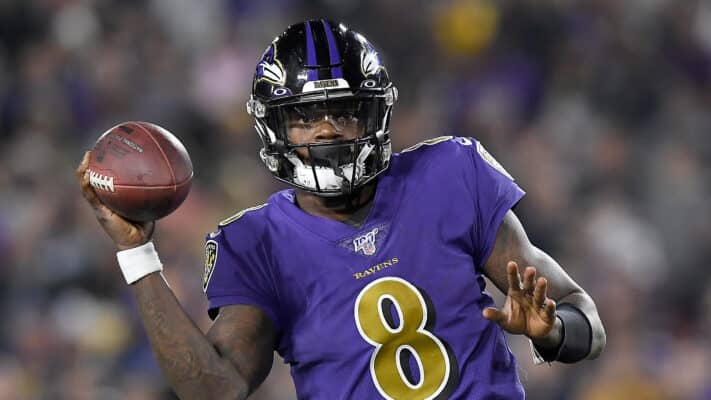 With the draft over and the upcoming NFL season starting to take shape, there isn’t a better time to power rank all the teams in the league. Will the Kansas City Chiefs be able to repeat their Super Bowl-winning efforts from last year or will another elite team take the league by storm?

We all miss live sports and most leagues are going to have to find solutions to their disrupted seasons. However, the NFL will hopefully escape most of that. So cross your fingers that fans will be able to watch games in September. With some incredible prospects in the draft and massive free agent moves, this has been an enthralling offseason. We’ve already taken a look at the upcoming best games from the recently-released 2020 NFL schedule.

Now it’s time to rank the teams from top to bottom. Check out the power rankings with certain data via ESPN.com below.

There’s no doubt about it, the Washington Redskins have been one of the weakest teams in the NFL for multiple years. As of today, they come in last in our power rankings right now. Coming off a 3-13 season, it’s going to be an uphill battle for them to do anything meaningful this season. And for the first time since 1982, the NFL didn’t give them a primetime match-up.

The addition of Chase Young is truly massive for the Redskins. He has megastar potential, and suddenly they have a very strong defensive line. Meanwhile, the Trent Williams debacle finally came to an end. In short, their work in the draft was excellent, but they’re still missing pieces to get back to being one of the league’s top teams.