A former middleweight champion in kickboxing, Evangelous Goussis was also briefly a professional boxer. The Australian has become infamous for his criminal record which is definitely one of the craziest on this list. Goussis was heavily involved in the Ozzie gangland scene and served time in the 90s for drug trafficking and attempted murder.

In 2008, he’d be charged with shooting two Melbourne gangster in the head. He was sentenced to life in prison with a chance of parole after 33 years. What a crazy guy.

Considered one of boxing’s most wasted talents, Tony Ayala Jr. was a professional record who once racked up an unbeaten record of 22 straight wins, including 18 knockouts. The Cuban-American missed out on a title shot because of his problems outside of the ring.

He was convicted of the brutal rape of his neighbour, a school teacher in 1983. He was slammed with a 35-year sentence after previously being convicted of alcohol-related offences in the past. He’d be released in 1999 but sent down again in 2004 for offences including heroin possession. In 2015, he died from a drug overdose.

Ladies and gentlemen, we have ourselves a cricket player. Yes, even the most gentlemanly of games can produce crazy murderers. Warrington Philip was a legendary bowler for St. Kitts and Nevis. he was a star of the game in the 1990s, destroying some of the best batsmen in the world, with his infamous spinning abilities.

In 2006, the cricketer’s wife Shermel was found in her car with her throat slashed. Philip was picked up by police on the same day and would eventually be found guilty of her murder in 2007. The process was drawn out and a motive was never established, but martial troubles were suggested. He was sentenced to life in prison.

Brazilian goalkeeper Bruno looked like he was on track to be a superstar. A series of excellent performances for Flamengo saw him being linked with European giants Barcelona and had fans calling for him to be selected for national team duty. That’s all hunky-dory, but things go downhill very quickly.

In 2014, his former mistress Eliza Samaudo went missing. She had sued him for refusing to acknowledge their illegitimate child. Meanwhile, he was negotiating a transfer with Italian giants AC Milan. She was murdered and her body was cut up. It was partially fed to dogs and also buried under concrete by Bruno’s teenage cousin. He was sentenced to 22 years in prison but insanely only served six. 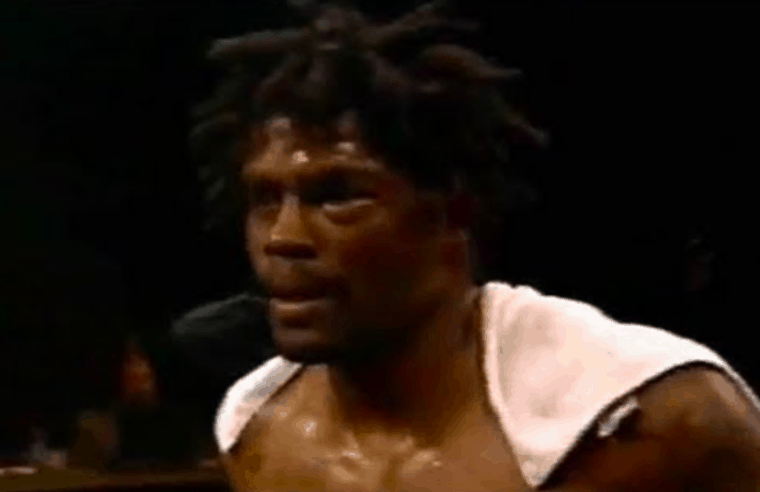 James Butler is a bit of a mad man. A former boxer, the highlight of his career is probably challenging for the IBF super-middleweight title back in 2000. His next fight would basically see him destroy his career when he sucker-punched Richard Grant and was charged with 2nd-degree assault. Grant needed 26 stitches on his tongue.

That’s nothing compared to Butler’s coup de grace. He was convicted of the murder and arson in the 2004 death of Oscar Kellerman. Allegedly, the victim was leasing his house to Butler and asked him to move out because he was ruining. Naturally, Butler responded by taking a hammer to his head and burning the place down.

Nicknamed ‘Blade Runner’ and ‘The Fastest Man With No Legs,” Oscar Pistorius is a former Paralympic champion. The South African had both his legs amputated as a baby but had a fine athletic career and even became a star in his own country. In 2012, he was the first double-leg amputee to feature at a Summer Olympics.

Unfortunately, it all goes downhill after that. He was arrested in 2014 for shooting his girlfriend Reeva Steenkamp in the bathroom of their house. The prosecution was unable to prove it was murder but did convict him of culpable homicide. This was overturned and now he’s serving 13 years for murder.

Rae Carruth finally walked free from prison in 2018 after serving 19 years in prison for conspiracy to commit murder, shooting an occupied vehicle, and using an instrument to destroy an unborn child. The gifted wide receiver played for the Carolina Panthers up until 1999, when his pregnant girlfriend was shot in a drive-by.

It was proven that Carruth had hired Brett Watkins to try and kill his girlfriend because he didn’t want the child. Tragically Adams died and Carruth fled the state before he was picked up hiding in the trunk of a car outside a motel. He escaped the death penalty because he wasn’t charged with first-degree murder.

The pursuit, arrest, and trial of OJ Simpson is one of the most publicised criminal cases in US history. It’s spawned books, TV series and documentaries. He was charged with the murders of Nicole Simpson and Ron Goldman. 100 million people tuned to watch him getting acquitted in 1995.

In 2007 he met his comeuppance after leading the armed robbery of a Las Vegas casino. In 2008 he was convicted to 33 years in prison after being slammed with charges including criminal conspiracy, kidnapping, assault, robbery, and using a deadly weapon. He was released in 2017 after serving nine years.

People make mistakes. One bad decision or moment of madness can destroy your life and another person’s. Tom Payne didn’t make one mistake. He’s just an evil scumbag. In the 1970s, the former NBA player was enjoying a prospering career with the Atlanta Hawks. Then he was charged and convicted of several rapes and aggravated sodomy.

After serving his time in prison, he was then extradited to Kentucky where he starred as a college footballer. He spent another five years in jail there for several rapes. Then in the 80s, he was sentenced to 14 years in prison after being caught in the act of raping a woman. After his release in 2000, he was sent back to Kentucky to serve another 15 years for violating his parole. The dude is just pure twisted.