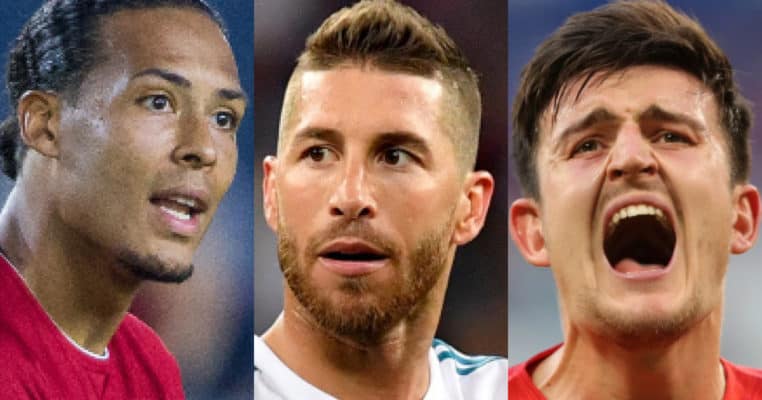 With Virgil Van Dijk Winning UEFA’s Player of the Year Award, Has There Ever Been a Better Time to Check Out the 30 Best Defenders in Soccer Today?

The forwards might get all of the glory, but defenders are just as important to the team. Arguably, they’re even more essential, because if they keep a clean sheet you’re guaranteed at least a point. Getting the right balance in your defence is so important and most teams will have a settled first-choice central defensive partnership.

There are several attributes that define the modern centre back. First of all, they have to be able to physically stand up to any other player on the pitch. Then they need to be able to read the game to get to the ball before the opponent or make that last-ditch challenge.

With Virgil Van Dijk winning UEFA’s Player of the Year award, the role of the central defender has never been more in the spotlight. Check out the 30 best centre backs in the world below. Who do you think we’ve left out?

He might play for one of the most hated clubs in the Bundesliga, but Ibrahima Konate has a lot of admirers. The France U-21 international is one of the most exciting youngsters in the sport and is a key part of RB Leipzig’s hope of breaking Bayern Munich’s monopoly in Germany.

He signed from Sochaux in 2017, and all the signs suggest that it was an inspired piece of business. Konate is very mature despite being only 20 years old. The young man is physically as gifted as any other young defender out there today and looks to have a bright future in the game.