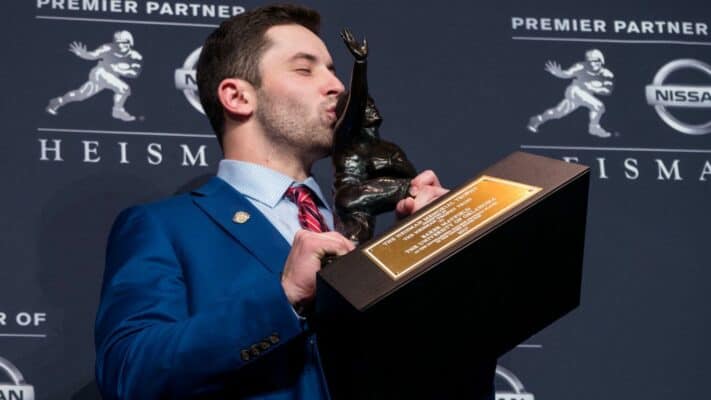 The Heisman Trophy is the most coveted individual award in college football. With thousands of players plying their trade across the country you really have to be something special to stand out. Realistically, you also have to be a quarterback or running back because almost every recipient played one of those two positions. Furthermore, the winner is highly likely to be one of the first picks in the draft and the most-watched rookie in the coming NFL season.

However, there are exceptions to every rule. Today we’re going to take a look at 30 of the best Heisman seasons in history. Not all of these players performed brilliantly in the NFL, but they were all magnificent at the NCAA level. Check out the list below via Yardbreaker.

Let’s kick off this list with the only man to win the Heisman Trophy twice. He achieved this unique feat in his junior and senior years in 1974-75. That’s quite the accolade to have on your CV but shows just how good Griffin was for Ohio State. He rushed for 1620 yards in his first year, his highest college total.

The running back was also the first player to start in four Rose Bowls. These feats are very difficult to replicate in the modern era because of how high the standards are. Furthermore, many players choose to opt out of college and enter the NFL draft early.