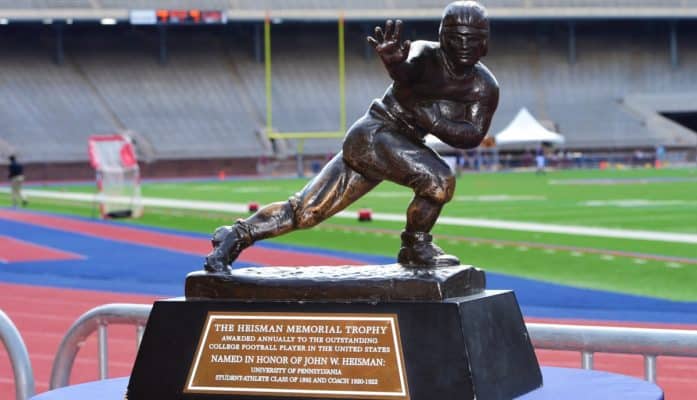 Some of these amazing players went on to the NFL and became legendary at the pro-level as well. Sadly, others did not and only have their college greatness to fall back on for their career. Players who never won the Heisman Trophy are numerous and possibly even shocking for people to find out.

That said, our list will focus on players in a few different ways. We will not be adding players who came from an insanely small school, Junior College, or played anywhere outside Division I. That means Jerry Rice & Joe Flacco are out. We also won’t include men who had just okay college careers but amazing NFL careers. This includes people like Tom Brady and Antonio Brown.

Finally, we clearly won’t include men who were playing before the Heisman Trophy was handed out.

With those rules in play, let’s break down the very best players who never won the Heisman Trophy!