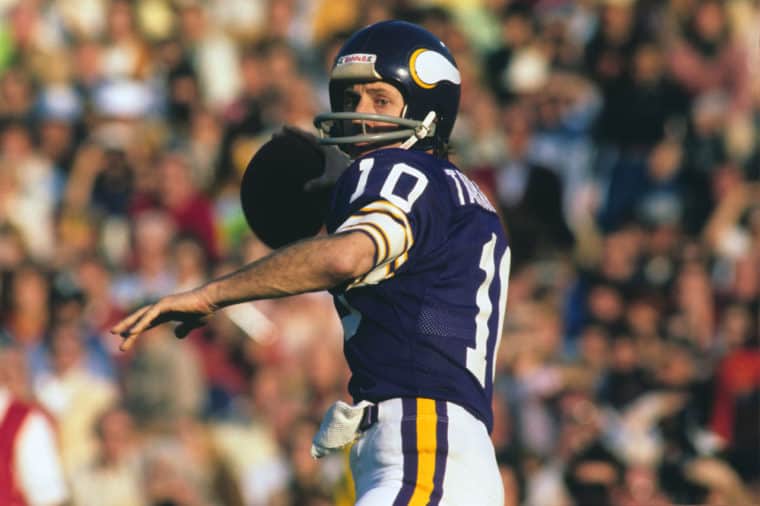 Tarkenton is an all-time great quarterback whose lack of a Super Bowl win was not for lack of trying. He made it to three Super Bowl appearances with the Vikings, losing to the Miami Dolphins, Pittsburgh Steelers, and Oakland Raiders.

Tarkenton was credited for singlehandedly creating the scrambling style that several current quarterbacks use to keep defenses guessing. The passing/running style he used was incredibly innovative at the time as it was ahead of the learning curve. He ended his career with 47,0003 passing yards for 342 touchdowns and 266 interceptions while rushing for 3,674 yards and 32 more scores. Few quarterbacks came closer to winning a Super Bowl than Tarkenton. 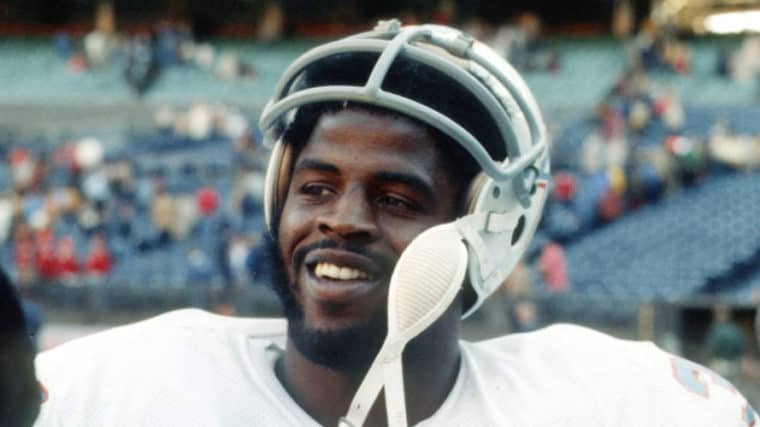 All-time legend Campbell didn’t have the longest career because of his punishing style, so he could have potentially won a Super Bowl if his run lasted a few more seasons. He ran the ball 2,187 times for 9,407 yards and 74 touchdowns in his eight-season career.

The runaway freight train was the league’s Most Valuable Player (MVP) in 1979. The Heisman Trophy winner was also a five-time Pro Bowl selection, a three-time First-team All-Pro, and even a three-time NFL Offensive Player of the Year. He led the lead the NFL in rushing yards in three of his eight seasons and in rushing touchdowns twice. About the only accomplishment Campbell didn’t have in his brief, explosive run was a Super Bowl. 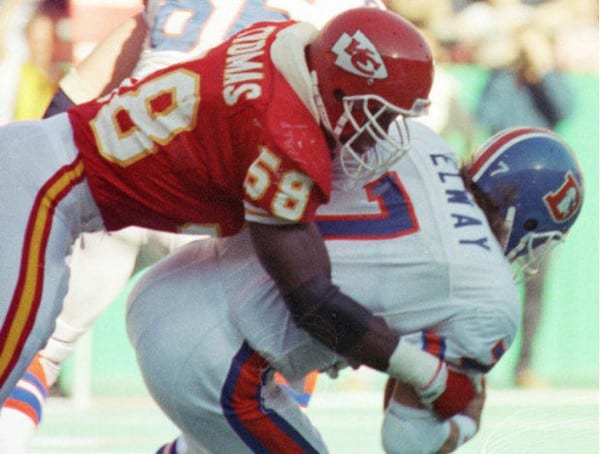 Another great who could have had more chances to win the Super Bowl, but this time for a different reason than the aforementioned Earl Campbell. This frightening sack machine was one of the most effective defensive players to ever step onto the NFL field. He was drafted with the fourth pick of the 1989 NFL draft and Kansas City never regretted it for a second.

He racked up 126.5 sacks in 11 years with the Chiefs. He also made nine Pro Bowls, was chosen a First-team All-Prop three times, and has the single-game record for sacks with seven. Sadly, Thomas died in 2000 after suffering serious injuries in a car crash. 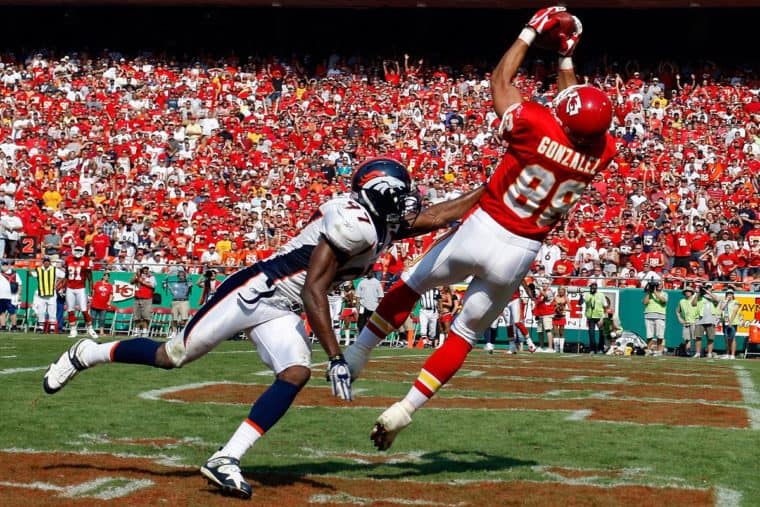 Gonzalez is arguably the greatest tight end in NFL history. You could argue that the recently retired Rob Gronkowski deserves the honor, and Antonio Gates has more touchdowns. Shannon Sharpe and Kellen Winslow Sr. probably deserve to be thrown in there somewhere. But if you surveyed a section of the public, Gonzalez’ name would probably be the top name on the list more often than not.

He was an unreal 14-time Pro Bowl selection, making First-team All-Pro six times. Gonzalez ended his career with 1,325 catches for 15,127 yards and 111 touchdowns. It’s a travesty he never won a Super Bowl. His best chance was after the Chiefs’ magical 2003 season, but a Divisional Round loss to Peyton Manning and the Indianapolis Colts due in part to a phantom pass interference penalty on a Gonzalez touchdown ended that dream. 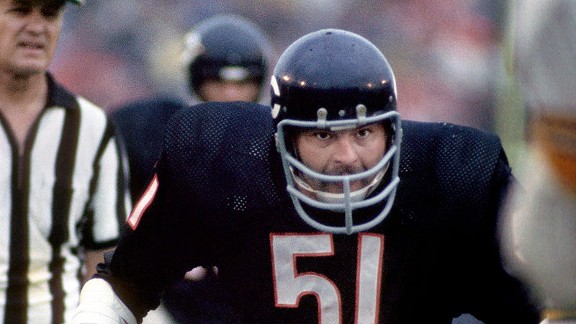 Like Tony Gonzalez on the slide before him, Butkus is arguably the best at his position in NFL history, so the fact he never won a Super Bowl is equally as bad as Gonzalez not winning it. He only played nine seasons, but Butkus was voted to the Pro Bowl in eight of those and selected First-team All-Pro in six of them.

He also won the NFL Defensive Player of the Year award twice from 1969-1970. Butkus essentially created the modern style a middle linebacker is defined by, and remarkably enough, he’s still the measuring stick for the position to this day. He always will be, so it’s shame he doesn’t have the one piece of hardware he lacks after playing for a franchise with so many of them like Chicago. 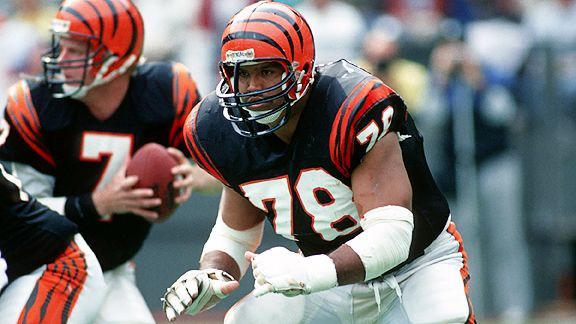 At this point in our list of the greatest NFL players who never won the Super Bowl, each name is an all-time great. Munoz is no different. He played 13 seasons for the Bengals and was voted to the Pro Bowl in 11 of them, making First-team All-Pro nine times.

He played in the team’s only two Super Bowl appearances at Super Bowl XVI and Super Bowl XXIII. His Bengals lost to the San Francisco 49ers both times. Munoz was inducted into the Hall of Fame in 1998. 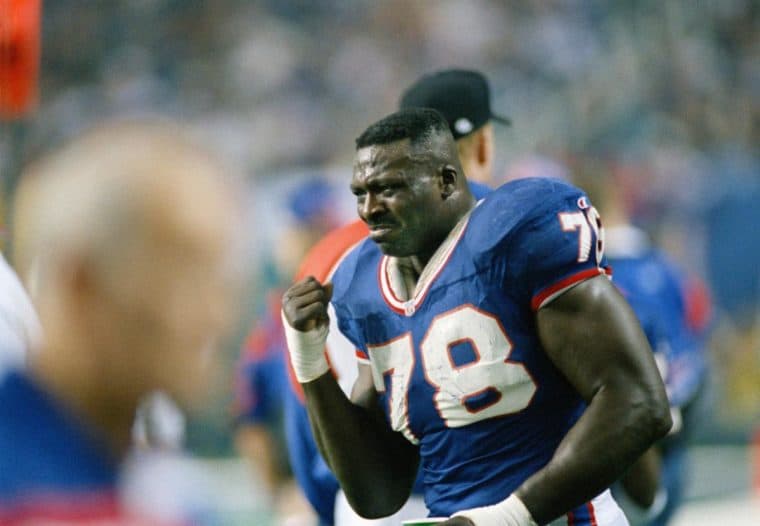 Smith is an NFL legend who played 19 seasons. He owns the NFL record for sacks with an even 200. Smith maintained 13 of 19 total seasons where he secured at least 10 sacks, a particularly impressive feat considering he played in a 3-4 defensive scheme much of his career. He was voted to the Pro Bowl 11 times and also named All-Pro nine times.

He was the defensive leader of the infamous Buffalo Bills teams of the 90s that lost four Super Bowls alongside offensive teammates Jim Kelly, Thurman Thomas, and Andre Reed. You could argue he’s the best defensive player to never win a Big Game. 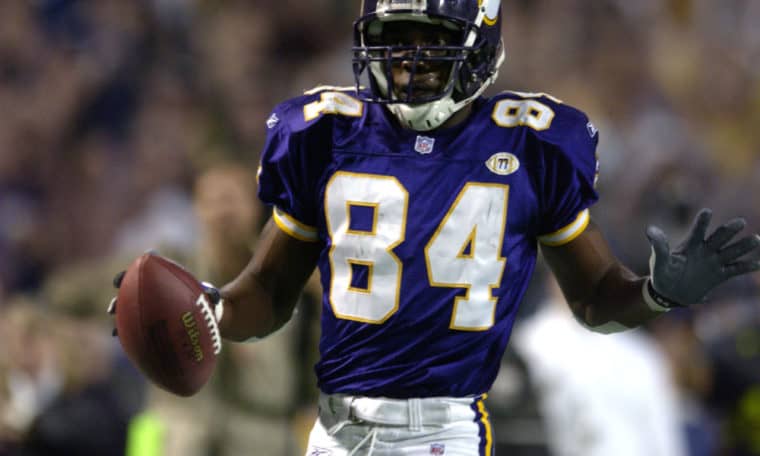 The controversial-but-amazingly skilled Moss is the best wide receiver to never win a Super Bowl in NFL history. He took the league by storm as a rookie with the Vikings in 1998, setting the rookie-season record for most touchdown receptions with 17. He played on some great Vikings teams early in his career. But they came one game short of the Super Bowl in 1998 and 2000, only to fall to the Atlanta Falcons and New York Giants.

Later in his career, Moss achieved his crowning achievement with Tom Brady during New England’s undefeated 2007 regular season. He set the NFL single-season record for most receiving touchdowns with an unbelievable 23. The Pats made the Super Bowl but fell short to the Giants in a historic upset. Even later in his career, he almost won another Super Bowl as a part-time player on the 49ers only to fall short one last time. He finished his career with 982 receptions for 15,292 yards and 156 touchdowns. Moss was a six-time Pro Bowl selection, a four-time First-team All-Pro, and led the NFL in touchdowns five times.

You might think Marino deserves to top our list of best all-time NFL players to never win the Super Bowl, and it would be hard to argue with that point. But he’s second. The record-setting passer took the NFL by storm like Randy Moss early in his career, winning the Rookie of the Year in 1983 and the NFL MVP in 1984. He led the Dolphins to Super Bowl XIX in his second season after passing for then-records 5,084 yards and 48 touchdowns. Miami made the playoffs 10 times during his career but never had the running game or defense to win the Lombardi. 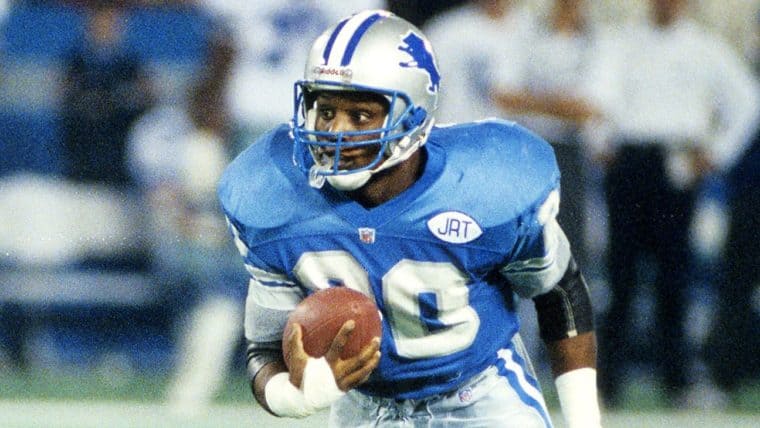 More importantly, he was perhaps a season away from setting the all-time record for career rushing yards in the NFL. Amid a bitter contract dispute with Detroit, Sanders retired before the 1999 season and left the entire NFL world wondering what might have been. Either way, Sanders is the best NFL player to never win the Super Bowl – and that’s quite a large shame.