20 Reasons No NFL Team Will Ever Sign Colin Kaepernick 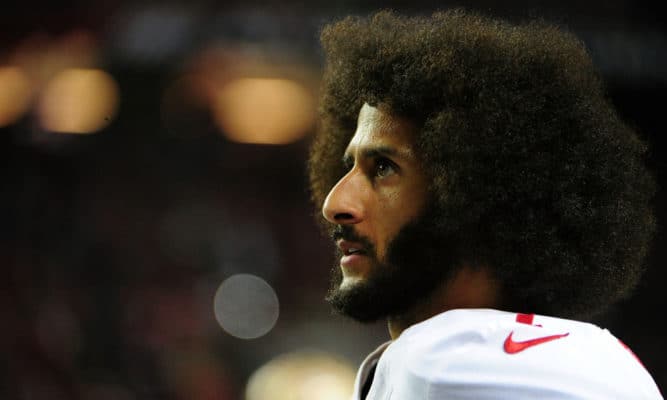 Colin Kaepernick has become one of the most recognizable athletes on the planet. However, that isn’t all for his achievements on the playing field. He’s been at war with the NFL since becoming a free agent in 2016. The former San Francisco 49ers quarterback famously kneeled during the national anthem to protest police brutality against black people.

Of course, he’s not the only athlete who has done so, but his conflict with the NFL has been nasty and high-profile. Kaepernick has become the face of a new social justice movement. He’s back in the spotlight again after an open workout in front of NFL scouts in November 2019. It seems like it’s too late for wounds to heal. So today, we’re going to take a look at 20 reasons why no NFL team will ever sign Kaepernick.

First of all, one of the most obvious problems surrounding a potential return for Kaepernick is the drama it would bring. Even the most ambivalent NFL owner wouldn’t want the circus around their franchise. Expect the media to analyze every single move he makes, especially if he kneels again.  This could affect squad morale.

Some of his fellow athletes would definitely have trouble managing their egos. Kaepernick would be the center of attention but it’s possible that this could frustrate his teammates. There’s always the potential risk that it could feed into results on the playing field too. In short, he brings too much heat.