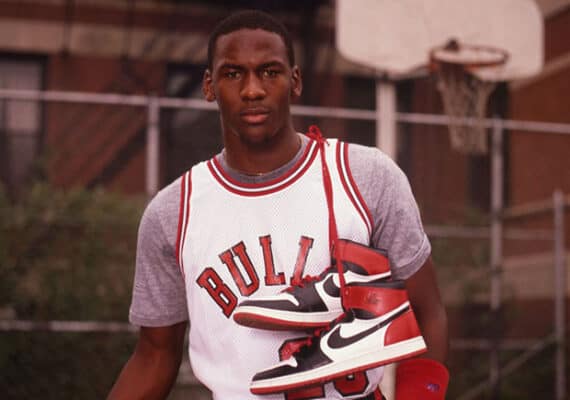 After the success of the ultra-popular documentary “The Last Dance,” sales of Nike Air Jordans are on the rise. First created in 1984 by a struggling Nike, their fortunes changed forever along with Jordan’s after he signed his first $500,000-a-year contract. In nearly 40 years since the Air Jordan 1, “His Airness” has made over $1.3 billion from Nike.

Originally he wanted to sign with Adidas and Nike was just a stopgap. After two decades of success, sales dropped in 2014. Fashion had changed and stars like Stephen Curry with UnderArmor provided new contemporary competition. But now the Jordan brand is back with a vengeance. We’ve already looked at 20 secrets ‘The Dance’ revealed. Now, it’s time we ranked every Air Jordan shoe to date. There are some iconic pieces of footwear on the list that follows.

This is possibly the most bizarre design out of them all. Inspired by the X-15 fighter jet, it’s one of those ideas that’s awesome in theory but doesn’t exactly translate well to reality. Constructed with kevlar, it’s a sturdy shoe and has that going for it if nothing else.

Even Tinker Hatfield admitted it was his worst design. Shaped like an anvil, they actually look a bit like Ridley Scott’s Alien. Luckily, Jordan didn’t wear it on the court because of retirement so it’s probably best to just forget about it. You could say it was before its time, but it’s time is probably on a spaceship in 1000 years.