Holm is responsible for one of the most stunning upsets in UFC history. She fought Rousey at UFC 193 in Melbourne, Australia but, most fans didn’t give Holm much of a chance. This was because ‘Rowdy’ had shown no weaknesses in the cage. Then Holm totally exposed the champion in a brutal beating.

Rousey’s main tactic was to take her opponent down and armbar her opponent quickly but she didn’t get close to Holm. In short, the challenger used slick movement and brilliant counterstriking to great effect. Finally, the finish came in the second round. A couple of punches, a head kick, and ground and pound ended Rousey’s reign.

Shevchenko is one of the most dominant fighters in all of MMA today. The UFC women’s flyweight champion is a class above every contender who has faced her. She proved her ability yet again with a terrifying KO victory over Eye. Eye had no idea what had happened after ‘Bullet’ crushed her with a brutal head kick. It was horrible and sounded like a baseball bat.

Who needs valium when Shevchenko is around? The Kyrgyzstani fighter has some of the slickest strikes in MMA and is also a master of distance control. She picked her spot and then perfectly placed her heel on Eye’s temple. Ironically, Eye wore a bulletproof vest at the pre-fight weigh-ins in mockery of Shevchenko’s nickname. But ‘Bullet’ was just too much for ‘Evil’ to handle.

Rodriguez narrowly missed out on two places in our top 10 with this knockout. The Mexican firebrand has one of the most exciting fighting styles in the UFC. His KO win over Fili is a case in point. The pair met at UFC 197 back in 2016. This was a clash between two exciting and dynamic featherweights and it didn’t disappoint.

This was less of a flying knee and more of a flying shin. Rodriguez burst forward with Fili backed up against the cage. Then he did a switch-leg, flying shin that instantly felled his opponent. The Hawaiian crashed to the mat and the referee instantly intervened to stop the fight. It was a sensational victory for Rodriguez who solidified his growing hype.

Entertainment follows Vannata like a rat behind the Pied Piper. He has never delivered on his promise to be a contender, but he is one of the most exciting action fighters on the roster. Vannata’s most stunning highlight reel moment came at UFC 206 when he crushed Makdessi with a beautiful spinning roundhouse kick. It was both sickening and stunning.

The opening of this fight was cagey but Vannata slowly took over. He moved Makdessi backward and connected with a leg kick first. Makdessi fell like a tree after the follow-up spinning roundhouse kick reverberated off of his head. His heel smacked off of Makdessi’s head as if it were a sledgehammer. It was one of the best knockouts of 2016.

Lee is one of the most frustrating fighters in MMA. The Detroit native has all of the athletic gifts but often lacks the tactical nuance against high-level athletes. However, he has provided some superb moments. His most notable KO victory came against Gillespie when he landed a crushing head kick to win the fight. He crashed to the ground with a sickening thud.

After going back-and-forth for most of the round, Lee threw two punches with a rear-leg roundhouse close behind them. He connected with ‘The Gift’s’ temple, sending him to sleep immediately. Gillespie lay on the floor motionless for a few minutes before he finally came to his senses. As savage head kicks go, this one was brutal and terrifying in equal measure.

After three straight defeats by KO, Garbrandt came back strong. The former UFC bantamweight champion looked like he was on track to be a superstar but a disappointing fight IQ cost him badly in the cage. He faced veteran Assuncao at UFC 250 and knew that this was his final opportunity to stay relevant. In the end, he stole the show with a devastating finish.

It came at the end of the first round of their fight. Assuncao threw a strike, but ‘No-Love’ ducked underneath and swung a fearsome overhand to crush his Brazilian opponent. Assuncao crashed to the ground like a fallen tree. It was spectacular, clinical, and devastating from Garbrandt and one of the best knockouts of 2020, all with one second left in the round. 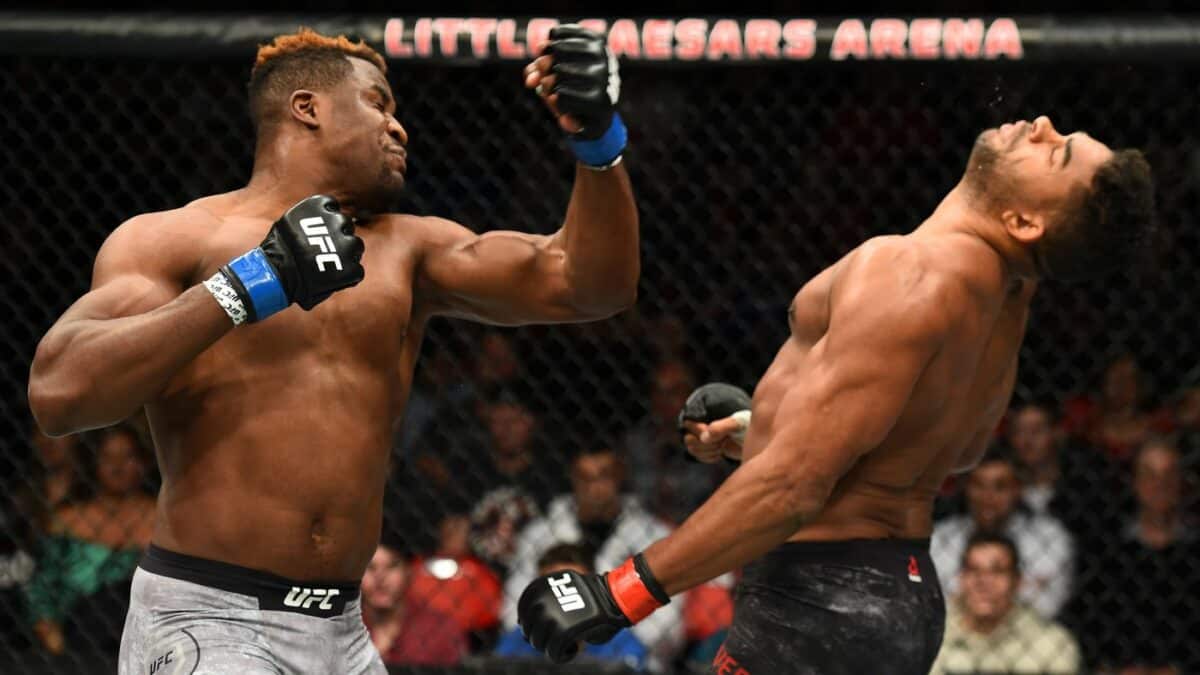