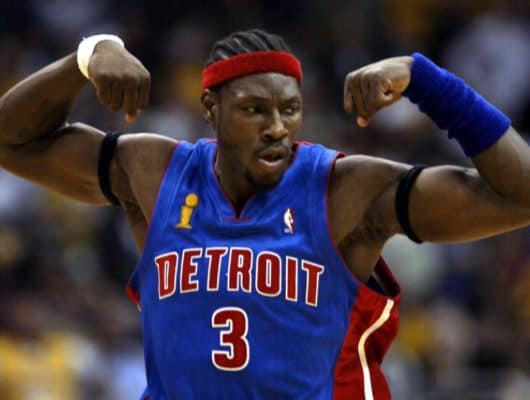 Every year, players from the US and the rest of the world enter the NBA draft. Wealth and fame await those lucky few picked in the first rounds of the draft. That’s where most of the stars in basketball come from, but not always.

Most players miss out on this glorious opportunity. They have to attract NBA scouts in different ways. Some of them enter summer camps and hope to impress that way.

Others end up playing in the minor leagues or in Europe to build up a steady resume for themselves, but it’s a slog. So today, we’re going to take a look at 30 of the best players who weren’t selected in the NBA draft. Some of these athletes became big stars, winning championships and fame. Others had to be content with backup roles for most of their careers, but they all made it to the NBA despite facing adversity.

Currently a free agent, Johnson knows all about the struggle to make it in the NBA. After playing in the D-League he finally got his big move. The Miami Heat gave him a shot in the 2014-15 NBA season, playing 32 total games. He slowly increased his role and became one of the best sixth men in the league.

Johnson averaged a career-high 13.7 points per game in 2016-17, including a 32-point performance against the Sacramento Kings. The Suns have just waived his contract but at the age of 27, he’s still got miles on his tread. He should have no shortage of offers.