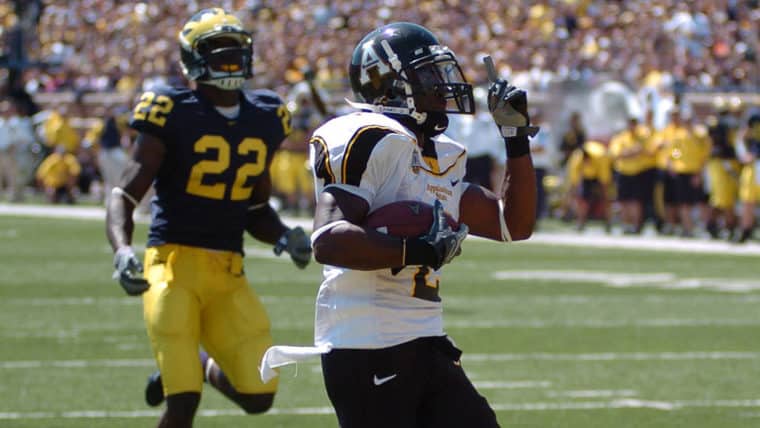 Here we could have the biggest upset in the history of NCAA football. The Michigan Wolverines were deservedly 27-point favorites when they welcomed FCS team Appalachian State to their revered Big House.

Although The Mountaineers would win the FCS national title that year, they were still predicted to get smoked by the Wolverines. That did not transpire. Appalachian State picked up a 34-32 win to shove everyone watching’s jaws to the ground. 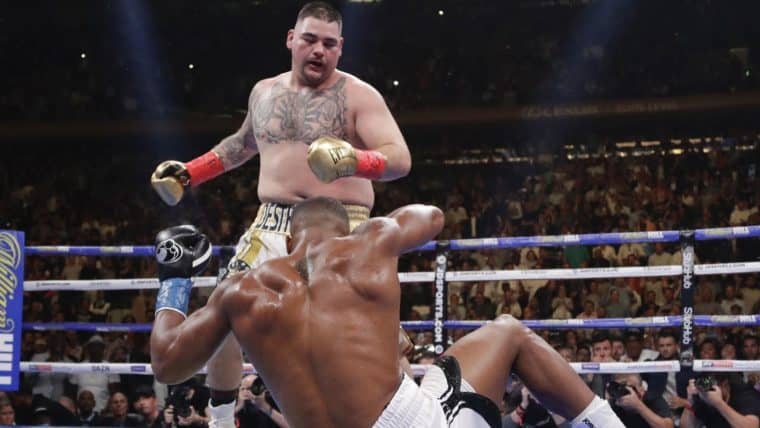 When WBA (Super)/WBO/IBF/IBA heavyweight champion Anthony Joshua’s original opponent Jarrell Miller fell through due to multiple failed drug tests, 32-1 Ruiz Jr. put his name into the running with Joshua’s promoter Eddie Hearn. He got the fight and soon made history.

Despite the portly Ruiz Jr. facing -2500 favorite Joshua, he became the first-ever Mexican heavyweight champion in one of the most shocking performances of all-time. Ruiz Jr. was floored early but finished the chiseled Joshua via TKO in the seventh round to steal the belts. He’s expected to rematch Joshua later this year. 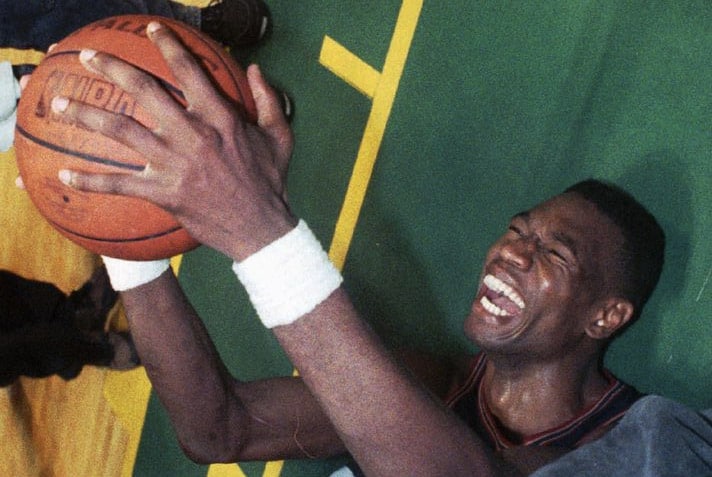 The Seattle Supersonics were viewed as one of the favorites to win the NBA title in 1994. Boasting stars Gary Payton and Shawn Kemp, they had bulldozed through the season. They came into the playoffs as the No. 1 seed in the Western Conference and played the No. 8-seeded Denver Nuggets in the first round. Things were going along according to plan and they won the first two games of their best-of-five series.

But Denver somehow came back to win an unreal three games in a row, sparking one of the biggest upsets in NBA history. Their unsung group of heroes such as Robert Pack, Reggie Williams, and Brian Williams all put in their best showings to force overtime in the fifth and deciding game. They won 98-94, and the iconic image of Denver star Dikembe Mutombo celebrating in elation will last forever. They became the first No. 8 seed to beat a No. 1 seed. 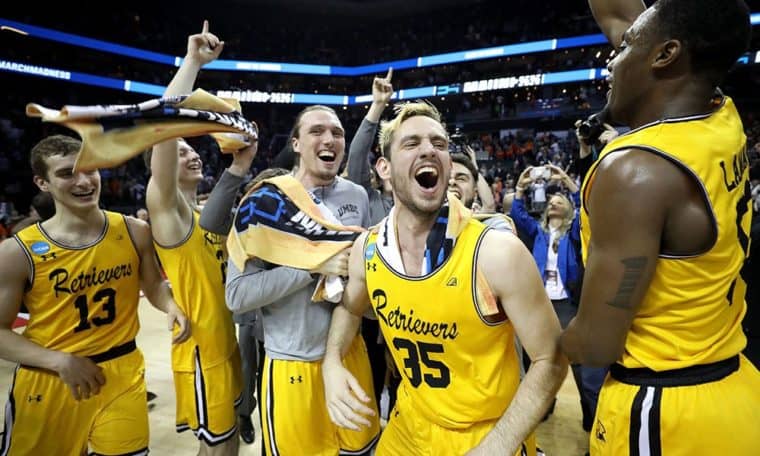 UMBC def. University of Virginia – First Round of 2018 NCAA Tournament:

Like the Denver Broncos back in 1994, the UMBC Retrievers made history in men’s basketball, but this time in the NCAA tournament. The University of Virginia was seeded first overall in the NCAA Tournament. They were the No. 1 seed in the South Regional and met No. 16 seed UMBC in the opening round.

UMBC made history by defeating UVA by a lopsided score of 74–54. It wasn’t all that close. It was also their first-ever NCAA Tournament win. They became the first No. 16 seed to defeat a No. 1 seed in the men’s NCAA Tournament. 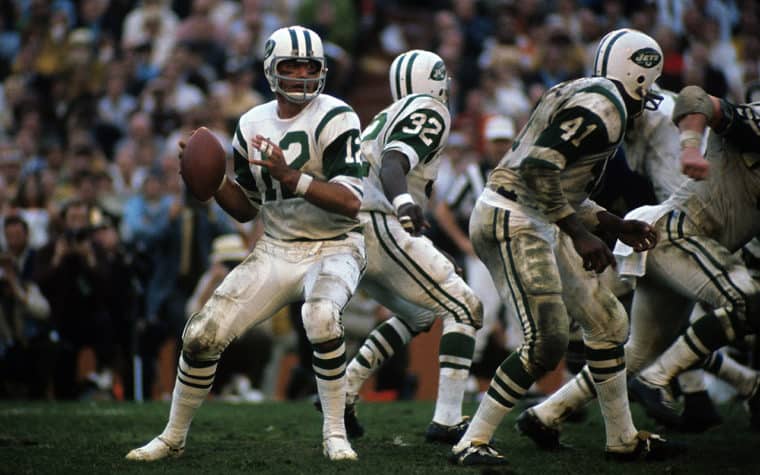 There are few more iconic upsets than the one that took place at Super Bowl III in 1969. Of course, that was where ‘Broadway’ Joe Namath guaranteed his team would top the favored Colts in the game, and they did.

It wasn’t too pretty. The Jets won by a score of 16-7 thanks to a single touchdown run and three field goals. Namath went 17-of-28 passing for 206 yards. Of course, he was named the game’s most valuable player. He was the first player to win the award at the Super Bowl without accounting for a touchdown for his team. The Jets defense may have been the unsung heroes of the game, as they picked off Colts quarterback Earl Morrall three times to help seal the win. But it was and will be Namath’s guarantee of victory that will go down in NFL history. 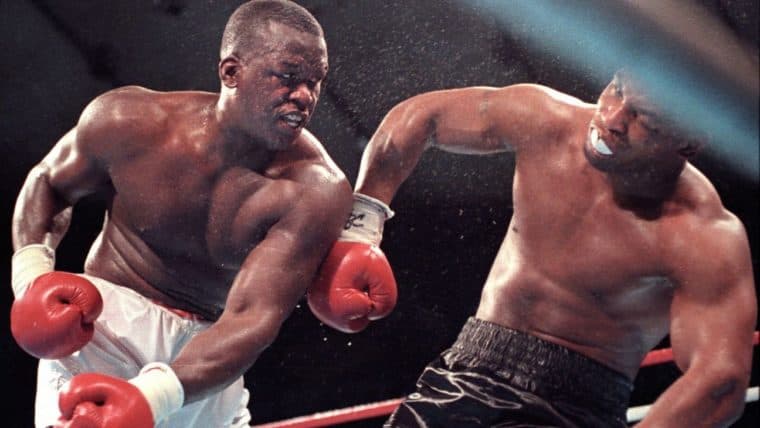 There’s no denying that Andy Ruiz Jr.’s knockout of Anthony Joshua was a shocking spectacle to say the least. However, there’s just not another boxing upset that could top this one. Mike Tyson met Buster Douglas, in Tokyo on February 11, 1990. ‘Iron’ Mike was unbeaten and a feared a boxer as there ever was. He had dominated the heavyweight division for three years prior. His fight with Douglas was largely thought of as a mere setup fight for a showdown with the also-undefeated Evander Holyfield.

So no one gave 42-to-1 dog Douglas much of a chance. How could they have, really? Douglas controlled the action from the outset, peppering Tyson with endless jabs. The strikes took their toll and Tyson’s eye began to sell shut, something his corner was not prepared for. Tyson knocked Douglas down in the eighth round, but Douglas came back. He landed a ton of damage in the ninth round and Tyson was in trouble heading into the tenth. A monster uppercut rocked Tyson, and a four-punch combo sealed the deal for the biggest upset in boxing history. 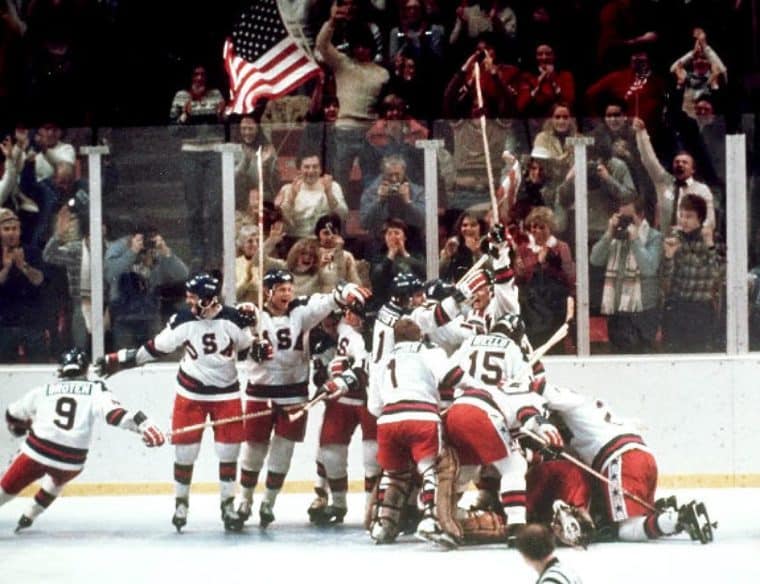