“Every once in a while I feel melancholy and contemplative. I turn off my phone, pour a whiskey, and put on my old Gabbert jersey,” wrote one Jaguars fan. “Then I just sit there. In the quiet. I think of every mistake I made in my life, like paying full price for a Gabbert jersey. I’ll go to bed sad and let a deep sleep take over. When I wake in the morning it’s refreshing. I survived the darkness.”

In short, Blaine Gabbert still makes Jacksonville fans shudder. His 2013 season was terrible by anybody’s standards because he played terribly and endured injuries. In three games he threw seven interceptions and just a single touchdown. Incredibly, this journeyman signal-caller is a Super Bowl winner because he served as Tom Brady’s backup in Tampa Bay. 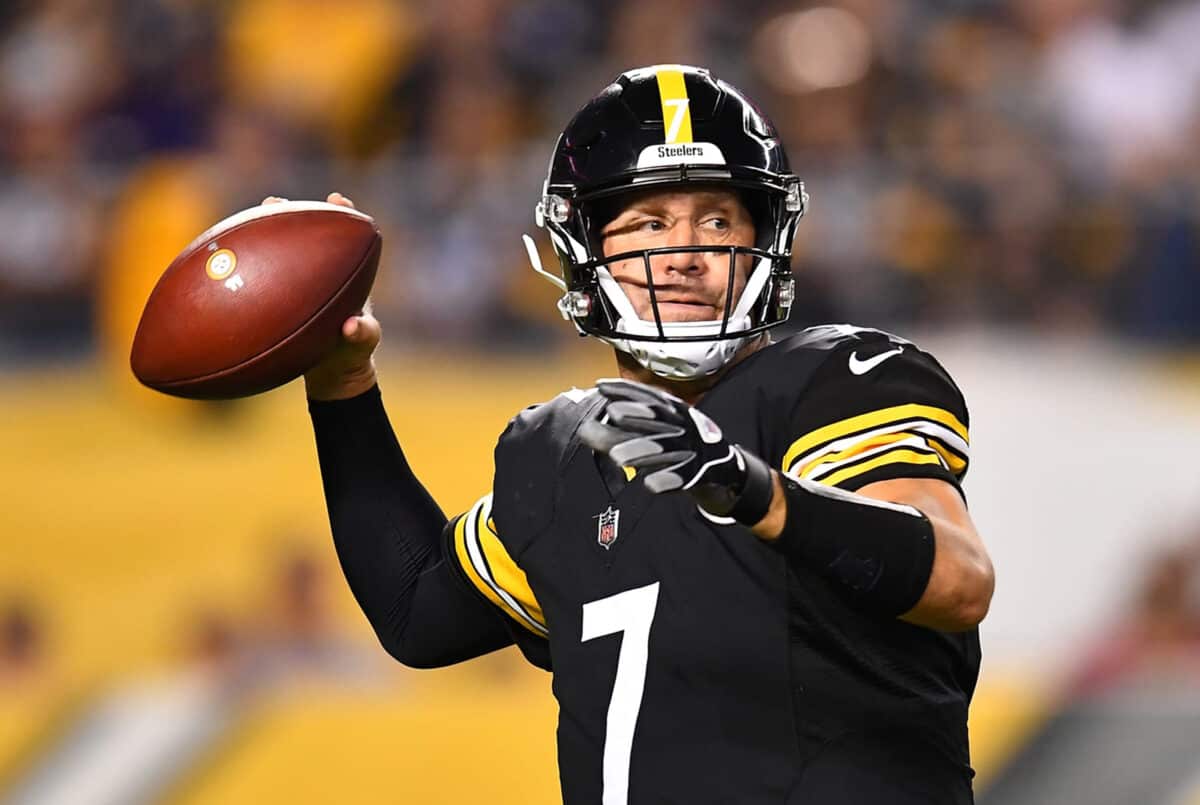 “He’s washed up,” said Pittsburgh fan, Juan Johnson. “That’s not hating. His deep ball had been falling off for years. Ball has no zip on it. Defenses don’t have to fear the deep pass so they can stop the run and short passing game. Nice franchise player, I appreciate what he did but Ben is done.” After Pittsburgh suffered a historic loss to the Cleveland Browns in 2021, their fanbase turned on ‘Big Ben.’

The general consensus was that he was too old. In sum, a combination of injuries and age had damaged his ability as a starter at the highest level. Roethlisberger threw four interceptions with three picks in the first 20 minutes of game time. It was a shambolic start for the veteran but things didn’t improve. Cleveland forced him into a very active game but he was incredibly wasteful throughout.

Tom Brady had one of the worst games of his career in Week nine of 2020 against the New Orleans Saints. He threw three interceptions with no touchdowns and also posted a 40.4 passer rating. Meanwhile, the Saints blew the Buccaneers out of the water with a 38-3 scoreline. Then, the media and fans immediately dissected all of Brady’s mistakes and asked if he was simply too old.

Alonso Cavera, a Tampa fan, defended Brady in front of the masses. “How did 2003, 2014, and 2018 end for Tom Brady’s teams?” he said. “Anyone know?” Of course, in 2003, 2014, and 2018, the legendary quarterback won the Super Bowl with the Patriots. Furthermore, Cavera proved correct because that is exactly what happened as he won a historic seventh ring. That’s more than any franchise ever.